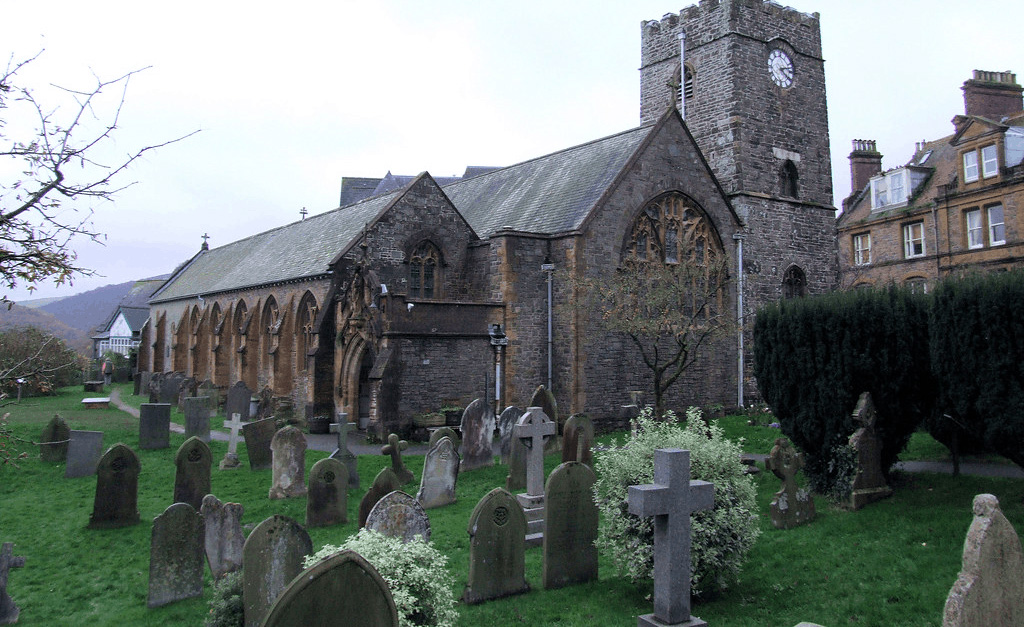 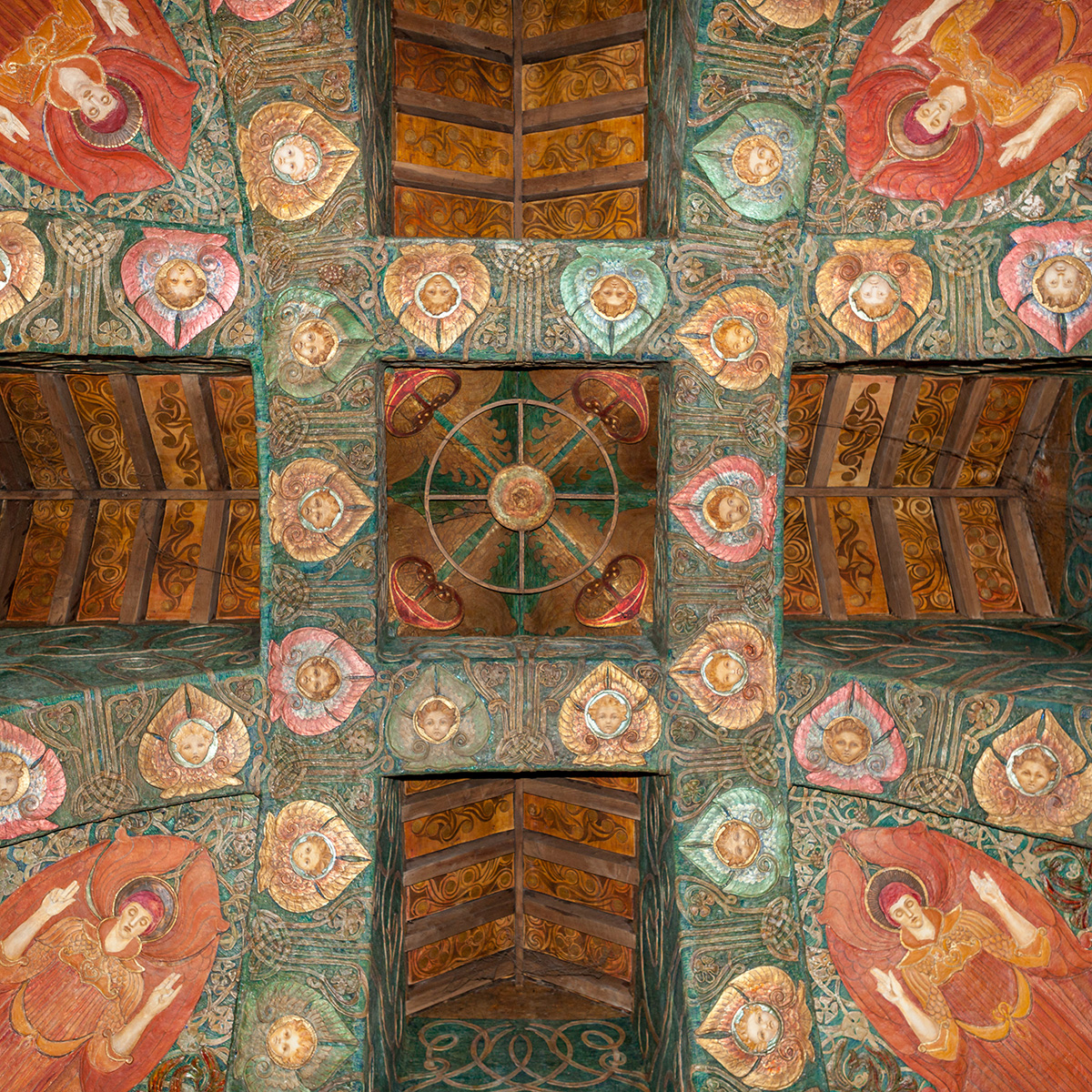 The ‘big name’ in Arts & Crafts churches in the West Country is John Dando Sedding (JDS) (1838–91). In London he was a sort of father figure, alongside Norman Shaw, to the Young Turks of the Art Workers’ Guild (AWG) and the Arts & Crafts Exhibition Society.

But the most interesting churches are by his nephew, E.H. Sedding (EHS) (1863–1921), who practised in Plymouth. Both are in Devon.

St Peter the Apostle, Shaldon, Teignmouth (1893–4, 99–1902) crouches by the bridge across the River Teign. Giant buttresses march down each side like the legs of a threatening reptile. The deeply-recessed west window has the air of a basking shark. Inside all is spikes – rood screen, nave arcades, the crocketed niches in the east end. The Crown of Thorns may be the intended metaphor, but the impression is rather of fish bones. And all very cavernous.

By contrast St Mary, Waverley Road, Abbotsbury, Newton Abbot (1904–8) is a sleek, confident lion, relaxing on a suburban eminence. There is spiders-web glazing designed by Sedding. The electroliers and lectern teeter on the Art Nouveau borderline. The woodwork at first looks heavy, somewhat lumbering – but the detail is light-hearted: nestlings in their nest, swallows darting south, a peacock, a squirrel contemplating a pomegranate. Bar two later pieces, it is all by the Pinwill company, and all after 1912. The Pinwills were all female.

Edmund Pinwill, Vicar of SS Peter and Paul, Ermington, Devon, and his wife, Elizabeth, had seven daughters. In 1885 he was busy restoring his dilapidated church. His patron, the Croesus-rich banker Henry Mildmay, chose JDS to mastermind the work. But JDS was busy with the restoration of Mildmay’s other – and more favourite – church, Holbeton, so he handed Ermington over to young EHS. The wood-work was to be by JDS’s favourite firm, Trasks of Norton-sub-Hamdon.

Mrs Pinwill asked Trasks’ head wood-carver if he would teach her daughters wood-carving. Three of the girls emerged as artistic and talented: Mary (14 in 1885), Ethel (13) and Violet (11). They set up a workshop over the vicarage stables, and some years later established themselves as a company, using Mary’s middle name, and making themselves appear masculine (in the Brontës’ Currer Bell tradition): Rashleigh, Pinwill & Co. EHS became their prime source of commissions. (There is a complete list of all their work at www.pinwillwoodcarving.org.uk curated by Helen Wilson.)

There is also some astonishing Sedding wood-work to be found too – mostly executed by Trasks – especially the doors at All Saints, Holbeton, Devon. Medieval ideas re-invigorated by new invention and intensity.

However, the Sedding work most worth going to see is – as so often – a church completed by Henry Wilson after JDS’s death – St Mary the Virgin, Lynton, Devon. The main attraction is the glazing scheme, some (the west window and the north wall lancet in the Lady Chapel) by Christopher Whall (1849–1924); the east window by his daughter Veronica; and the aisle windows with appropriate seaside motifs (sea-gulls) designed by Heywood Sumner. (The other churches in Lynton are worth seeing too.)

Dr. Alec Hamilton’s book, Arts & Crafts Churches, was published by Lund Humphries in September 2020. He completed his DPhil – ‘The Arts & Crafts in church-building in Britain 1884-1918’ – at Oxford in 2016. He has lectured extensively on Arts & Crafts subjects, and on individual churches, especially Gloucester Cathedral, and the churches of the Wye and Severn Valleys. His first career was in advertising and marketing. He has also been a playwright and scriptwriter, and performed at the Cheltenham Literature Festival and at the Edinburgh Fringe. He was for 11 years a Trustee of The Landmark Trust and for eight years of Friends of Friendless Churches 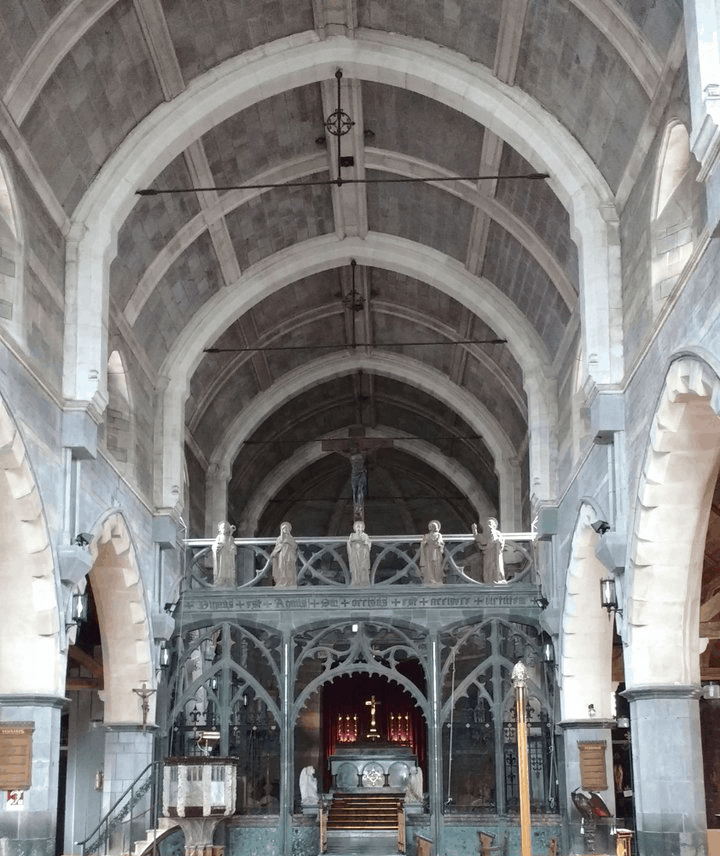 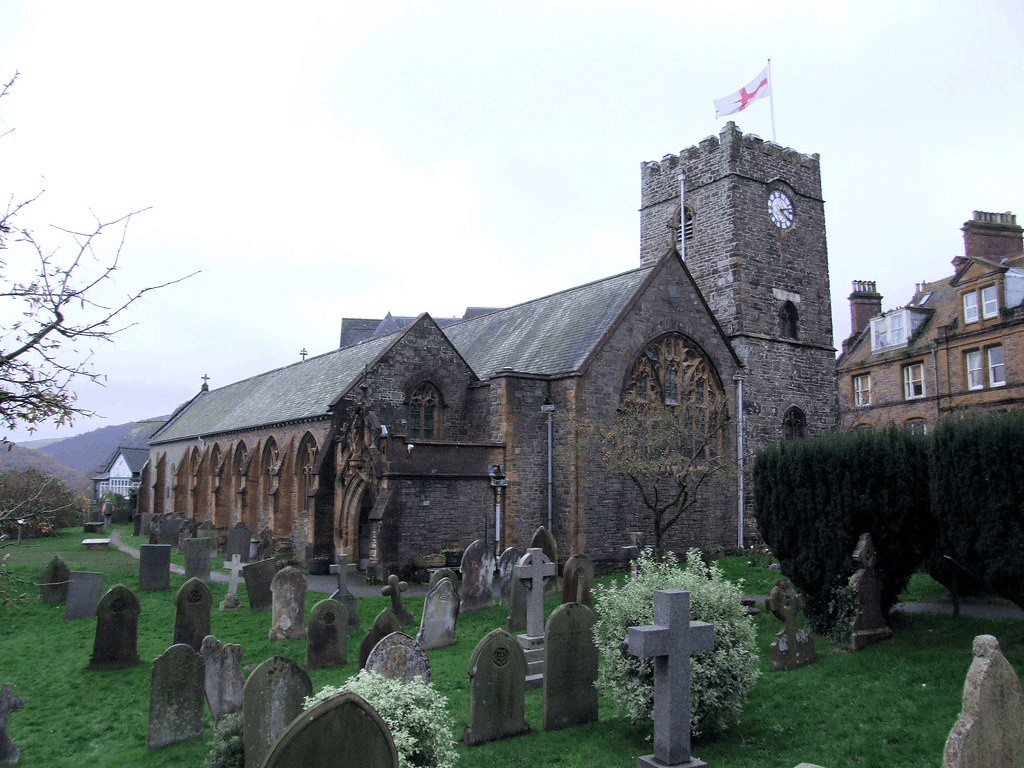 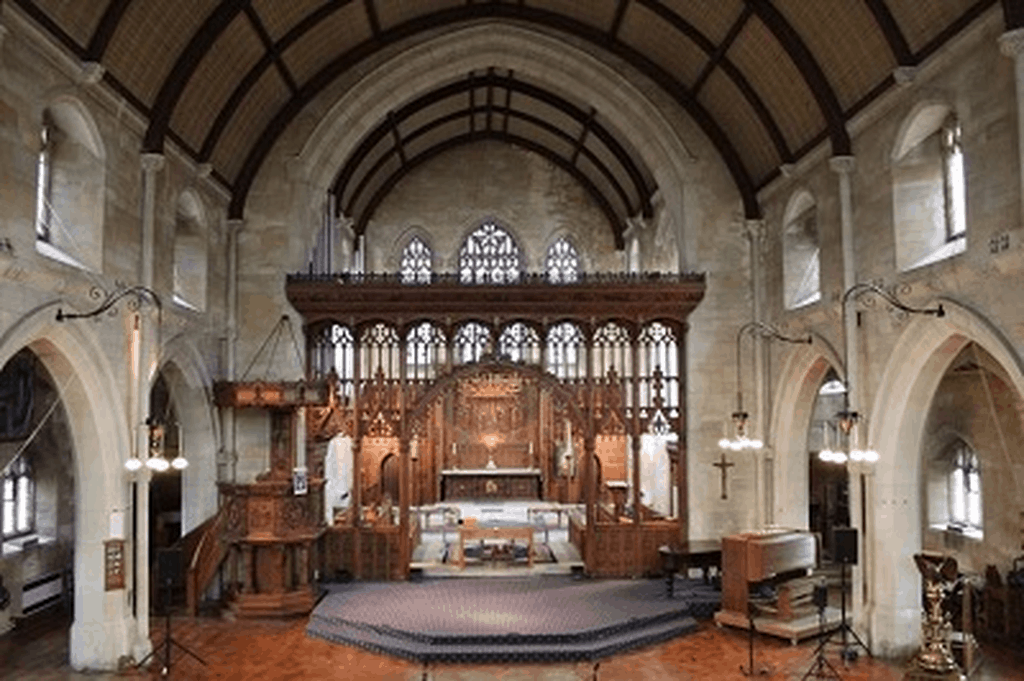 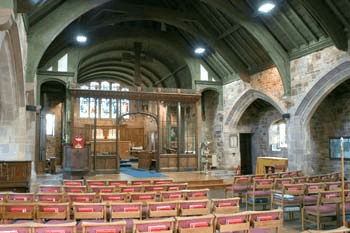 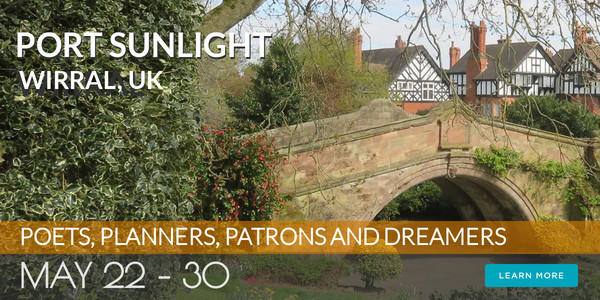 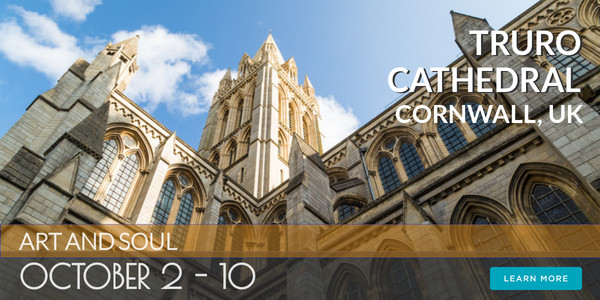