In early 2021 planning consent is being considered for massive developments to provide thousands of homes in and around the city centre of Birmingham, including at least 8000 in very tall buildings which would be located on densely built-up sites close to historic conservation areas. It is worth reflecting on the contrast between this current situation and the story of Bournville, Birmingham’s finest garden village suburb. Bournville was founded by George and Richard Cadbury, chocolate makers, who moved their factory in 1874 from the city centre to a new site in what was then rural Worcestershire. Commercial success continued with the factory constructed next to the canal and railway, but it was set in extensive grounds for recreation. George Cadbury was a Quaker, who had an active political interest in social issues including housing and education, and from 1894 he started to develop a village alongside the factory to house workers, not just from Bournville but from other factories in and around the city. The Bournville Village Trust was established in 1900 to further the project and by 1914 almost nine hundred houses had been built. The wider Bournville Estate was developed through the rest of the twentieth century until it contained a total of almost eight thousand homes.

The development has continued to follow many of the principles originally laid down by Cadbury, notably to offer affordable homes for most workers. Houses or cottages were set out on wide roads and surrounded by plenty of green space following the layout designed by Alfred Pickard Walker. In 1895 Cadbury appointed the young William Alexander Harvey as architect of the houses. These were designed to achieve maximum natural light for all rooms in contrast to the terraced homes of the inner city. They appeared traditional and looked rural. Most are of brick, though some are finished in roughcast, and most have casement rather than sash windows. Hipped roofs, dormers, timber framing and different chimney designs were all used to create houses in individual looking pairs or groups. Occasional houses are very different; 10 ad 12 Sycamore Road have stepped Dutch style gables. All houses were set in plots which allowed for sizeable gardens planted with fruit trees, all to encourage occupants to live a healthy lifestyle. Harvey continued as chief architect at Bournville until 1904, although subsequently he designed several buildings for the estate, many with his practice partner, H. Graham Wicks.

The houses are complemented by the range of public buildings mainly around the beautiful central green. In the middle is the Rest House of 1913, based by Harvey on the octagonal medieval Yarn Market at Dunster in Somerset, and paid for by workers at Cadbury’s factory to mark the silver wedding anniversary of George and his wife Elizabeth. On the west side Ruskin Hall, the institute named after John Ruskin, of 1902-5 by Harvey, stands next to his Junior School of 1905, which is made prominent by the carillon tower added in 1934, inspired by a visit by George and Elizabeth Cadbury to Bruges. The building is ornamented with carvings by Benjamin Creswick and murals by Mary Creighton McDowall and Mary Sargent Florence. Harvey also designed the simpler Infants School in 1910. A terrace of shops and a former bank by Bedford Tylor, Harvey’s successor as architect, line the southern side of the Green. To the north is the Day Continuation School of 1925 designed by J. R Armstrong, whilst to the east Cadbury had the timber framed Tudor Selly Manor and medieval hall from Minworth Greaves reconstructed in the early twentieth century as a focal point to the village streetscape.

Bournville’s key religious building is the Friends Meeting House at the north end of the green. The large conifer in the gardens is illuminated with hundreds of coloured lights each Christmas time and attracts many visitors to Bournville. The meeting house was designed in 1905 by Harvey and has a distinctive conical roof to the stair turret by the entrance. The resting place of George Cadbury’s ashes is marked by a bronze portrait bust in a niche. The Anglican church, dedicated to St Francis, was the extension of a mission church of 1913 in the form of a basilica, designed by Harvey and Wicks in 1913, but not erected because of the First World War until 1924-5, and the planned campanile remains unbuilt. Further afield, the Serbian Orthodox Church of St Lazar opened in 1964 for the many Serbs who came to work at the factory after the Second World War, and is part of the Quaker legacy of welcoming all to settle on the estate.

Closer to the factory can be found recreational facilities, an important part of Cadbury’s provision for the workers. Another conical roof can be found on the turret of the half-timbered Pavilion to the Recreation Ground of 1902 by Bedford Tyler. Further south is the fine brick Baths of 1902-4 by G.H. Lewin, with the appearance of a non-conformist chapel, whilst the Women’s Recreation Ground incorporates the garden walls of Bournbrook Hall near to the Old Farm, which is a reminder of the areas agricultural past before the development of Bournville and the farmhouse was adapted as a temperance hotel. To this day there are no licensed premises on the Bournville Estate.

Bournville rightly has its place widely acknowledged in the story of England’s Garden Villages of the late nineteenth and early twentieth centuries. There are parallels with the earlier Bedford Park in Chiswick and Port Sunlight on the Wirral, whilst features derived from Bournville can be seen at the later Letchworth and Welwyn Garden City. More locally the layout and house designs at Bournville are reflected in other Garden Village estates around Birmingham, such as Moor Pool in Harborne or Ideal Village in Bordesley, as well as in the wider development of local authority housing estates across the region and beyond. Bournville today remains a popular place of residence in the city with its buildings, features and open spaces protected by the Bournville Village Trust and the designated conservation areas. Whilst the main domestic architectural legacy of William Alexander Harvey is undoubtedly the houses and cottages of Bournville, he followed his excellent designs for the public buildings on the estate with the remarkable Town Hall in Dudley completed in 1934.

Originally from Warwickshire, Tim was educated at the Kings School, Worcester, before reading history at Exeter and medieval studies at York Universities. For over twenty years he worked at Worcester City Museums, first as Keeper of Archaeology and then as Collections Manager.

Since 2006 Tim has worked as part time Conservation Adviser to the Victorian Society covering casework on Victorian and Edwardian buildings in Birmingham and the West Midlands. Tim also lectures on architecture and history, mainly in the West Midlands and Welsh Borders, and leads guided visits to churches of all historic periods and denominations.

The author of books on Worcestershire and Black Country churches, Tim contributed the chapter on J.A. Chatwin to the Victorian Society’s Birmingham’s Victorian and Edwardian Architects. Tim is a trustee of the Worcestershire and Dudley Historic Churches Trust and serves on both Worcester and Birmingham Diocesan Advisory Committees.

Since March 2011 Tim has also worked part-time as Church Buildings Support Officer for the Diocese of Hereford, advising on the conservation, maintenance, development and reordering of historic church buildings across Herefordshire and South Shropshire, whilst continuing his work as lecturer and with the Victorian Society. 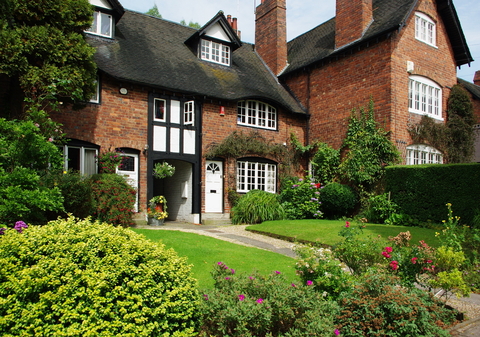 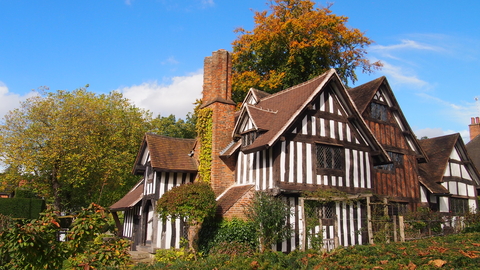 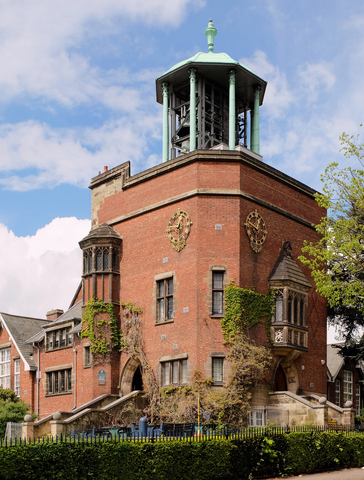 The Carillon in Bournville 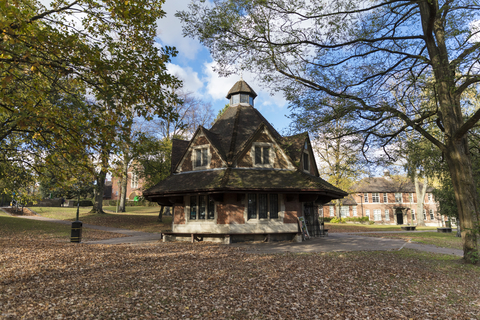 The Rest House on the Green