During the Victorian era, the number of genteel young women obliged to seek employment became a pressing social problem. Many were not able to fulfill their natural destiny and marry Mr. Right as there were a million extra women of marriageable age in England. In Victorian times, a woman’s place was in the home as the “angel of the household” and formal education was not customary for girls.

In 1835, a Select Committee was set up to enquire into art education in England. A National School of Design was established in London for men in 1837 and for women in 1842. The school catered for gentlewomen, aged 13 to 30, who demonstrated a need to work. One of the more preposterous suggestions to deter those who left artistic careers to marry was that only ugly women be admitted to art schools!

Art rapidly came to be recognized as an extension of women’s traditional accomplishments and decorating art pottery became a dignified means to lady-like independence. China painting classes were held at the government’s South Kensington school and from 1866 to 1870 ladies were employed painting tile murals for the refreshment rooms of the Victoria & Albert museum. They were paid 6 pence an hour for their efforts.

In 1871, encouraged by the success of this venture, Colin Minton Campbell set up the Minton Art Pottery Studio next door to the school and around 25 ladies were employed to paint on pottery. Minton’s studio was well patronized, but the premises were destroyed by fire in 1875. However, the new fashion for painting on pottery plaques and tiles inspired other major manufacturers and retailers to look seriously at this form of decoration. In 1876, Howell & James in Regent Street launched their first annual china painting exhibition showing 500 pieces by amateurs and professional artists. By 1881, over 2,000 pieces were being exhibited. Pottery painting classes were also held by a former artist from the Minton studio. The vogue was satirized in contemporary magazines as “Chinamania made useful at last.”

John Sparkes, the principal of the Lambeth School of Art, persuaded Henry Doulton to provide free clay and firing facilities for his students in the late 1860s. This co-operation led to the establishment of an art pottery studio at Doulton’s Lambeth factory. Hannah and Florence Barlow were the first celebrated lady artists. They etched and painted animals and birds into the salt-glazed stoneware clay, which was used to make bottles and drainpipes. In 1873, they were joined by more young women from the local art school, who learned to paint on earthenware, which became known as Lambeth Faience. Typically, the girls began their careers at the age of 13 and their wages increased for each government exam that they passed. Many were taught by Miss Florence Lewis, who wrote the first guidebook on pottery painting, and was responsible for the largest Lambeth Faience vase, standing over 6 feet tall, which is now at WMODA. Several Doulton artists forged independent careers by combining pottery painting with book illustration, as with Linnie Watt and Miss Margaret Thompson, a graduate of Goldsmiths college.

To mark the 10th anniversary of their employment, 229 lady artists of Lambeth presented Henry Doulton with an illuminated album “to take this opportunity of expressing our obligations to you for the origination of an occupation at once so interesting and elevating to so large a number of our sex.” Paradoxically, Sir Henry did not support the agitation for women’s rights despite his great respect for women’s power and influence. His travels on the Continent had prejudiced him against women doing men’s work, such as managing businesses, as he believed it encouraged indolence in men. Following his experiences in Staffordshire, he abhorred strenuous labor for women and believed that women should focus on “the Arts that beautify and adorn life.” 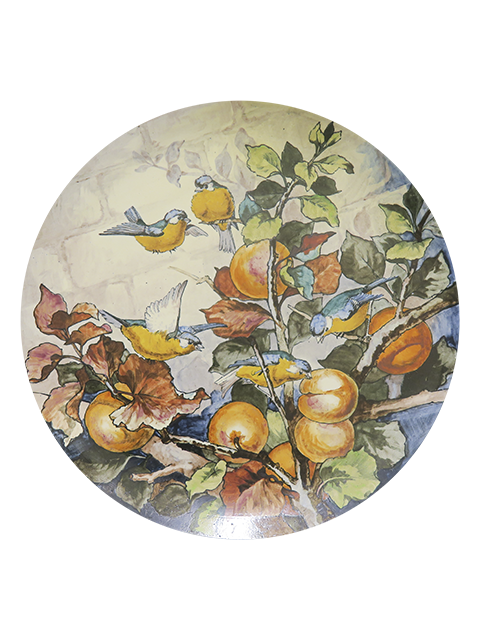 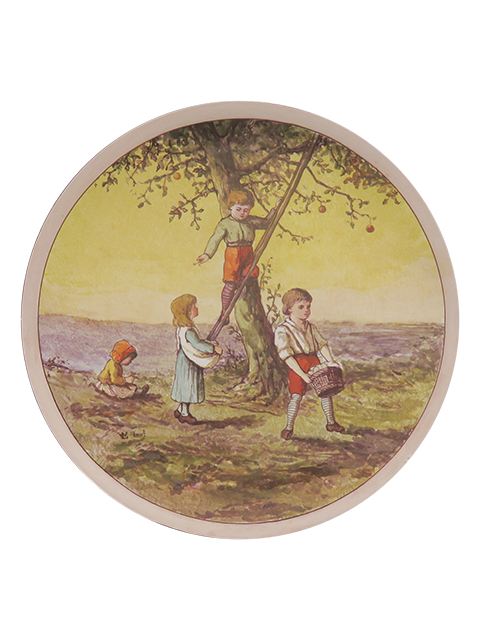 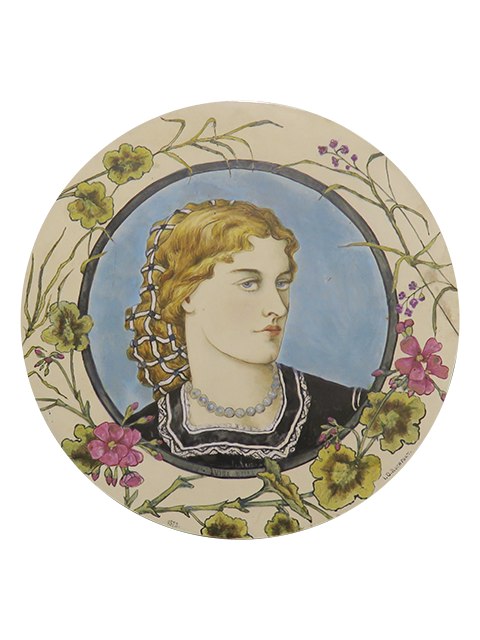 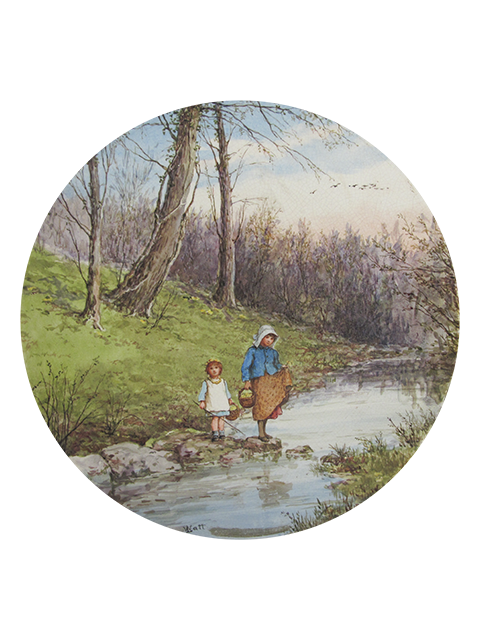 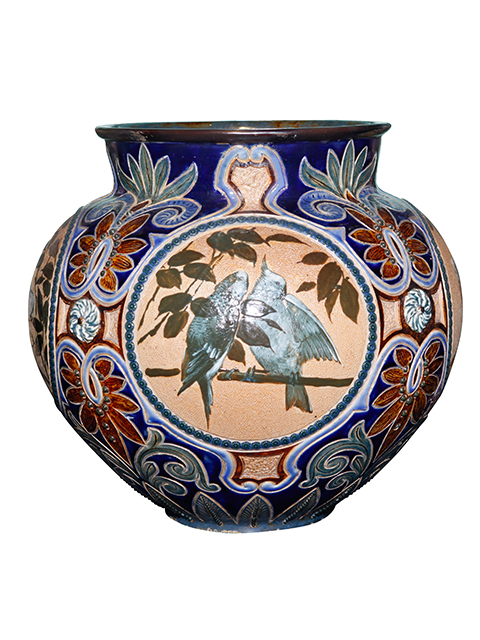 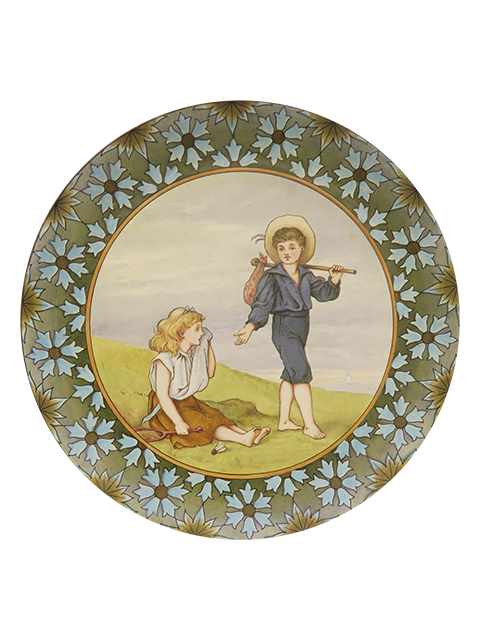 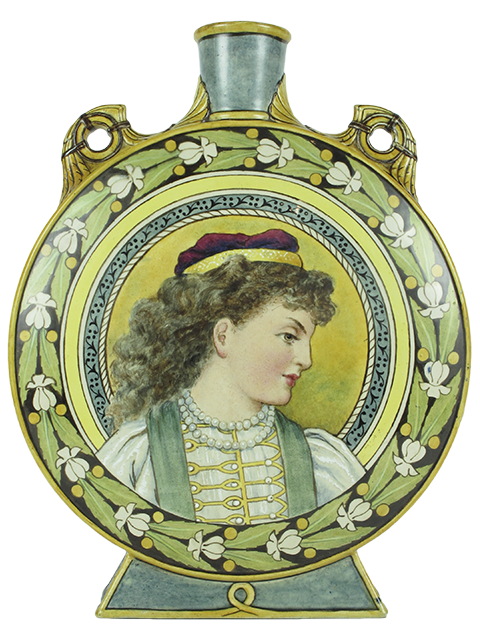 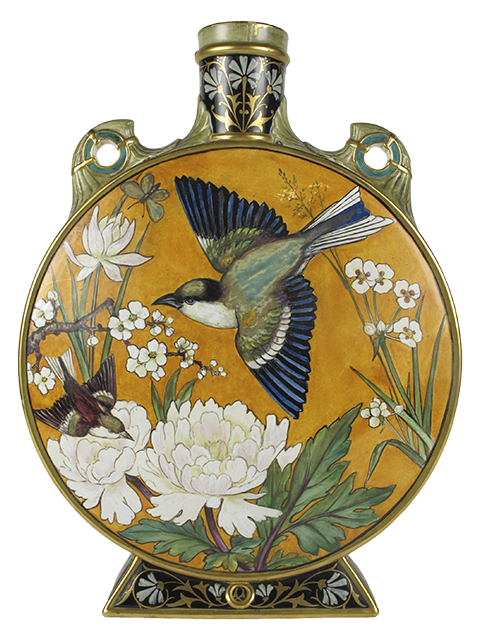 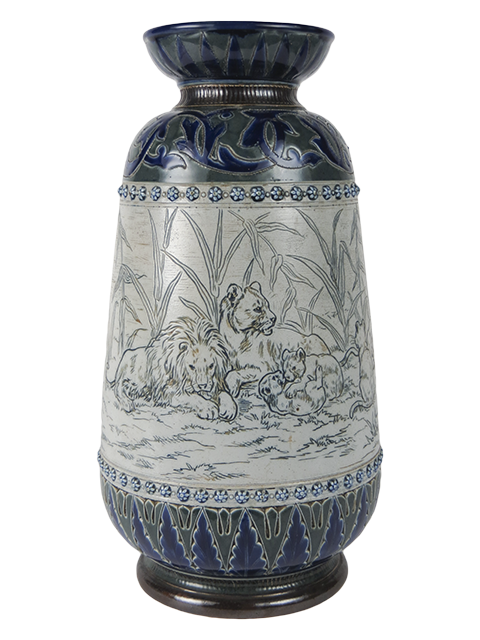 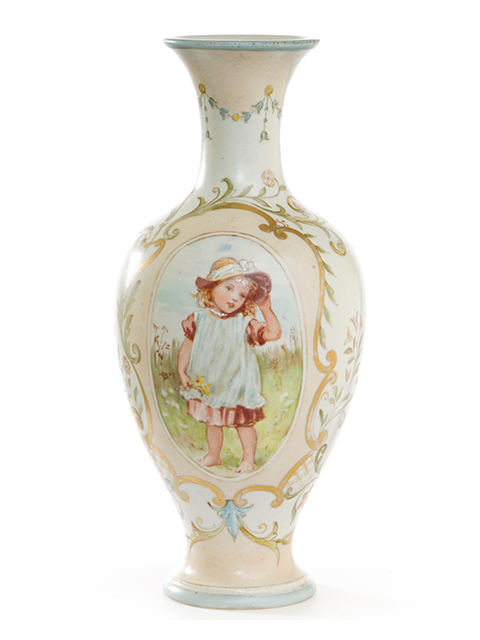 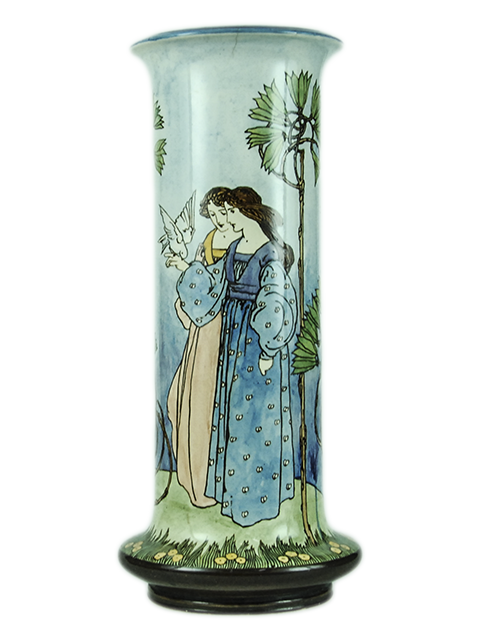