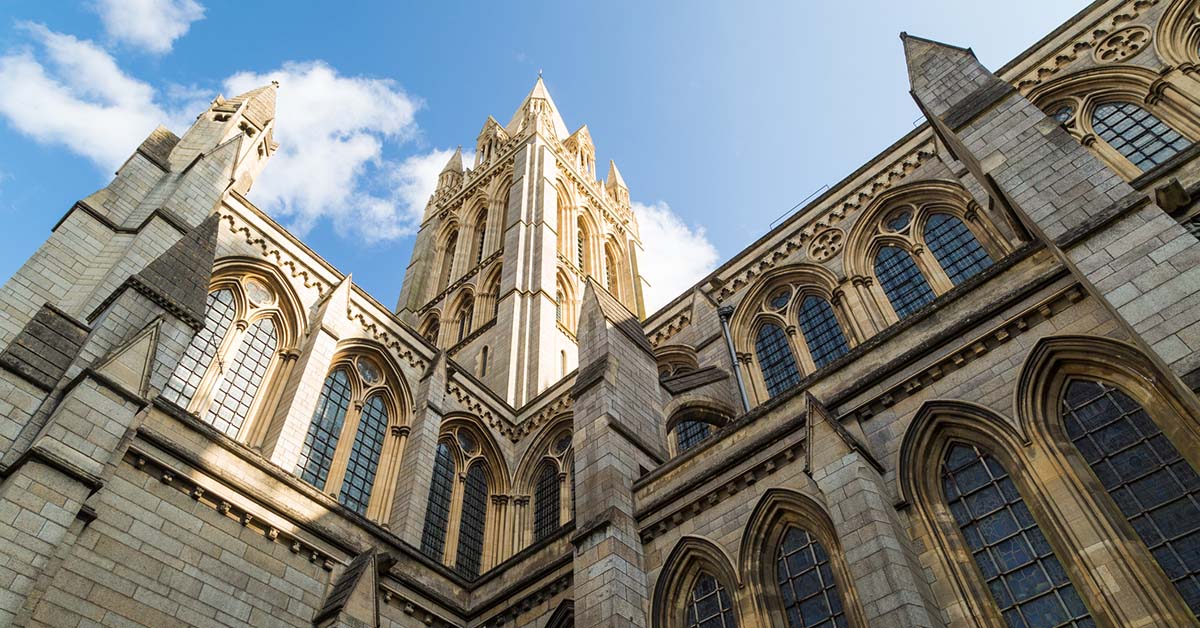 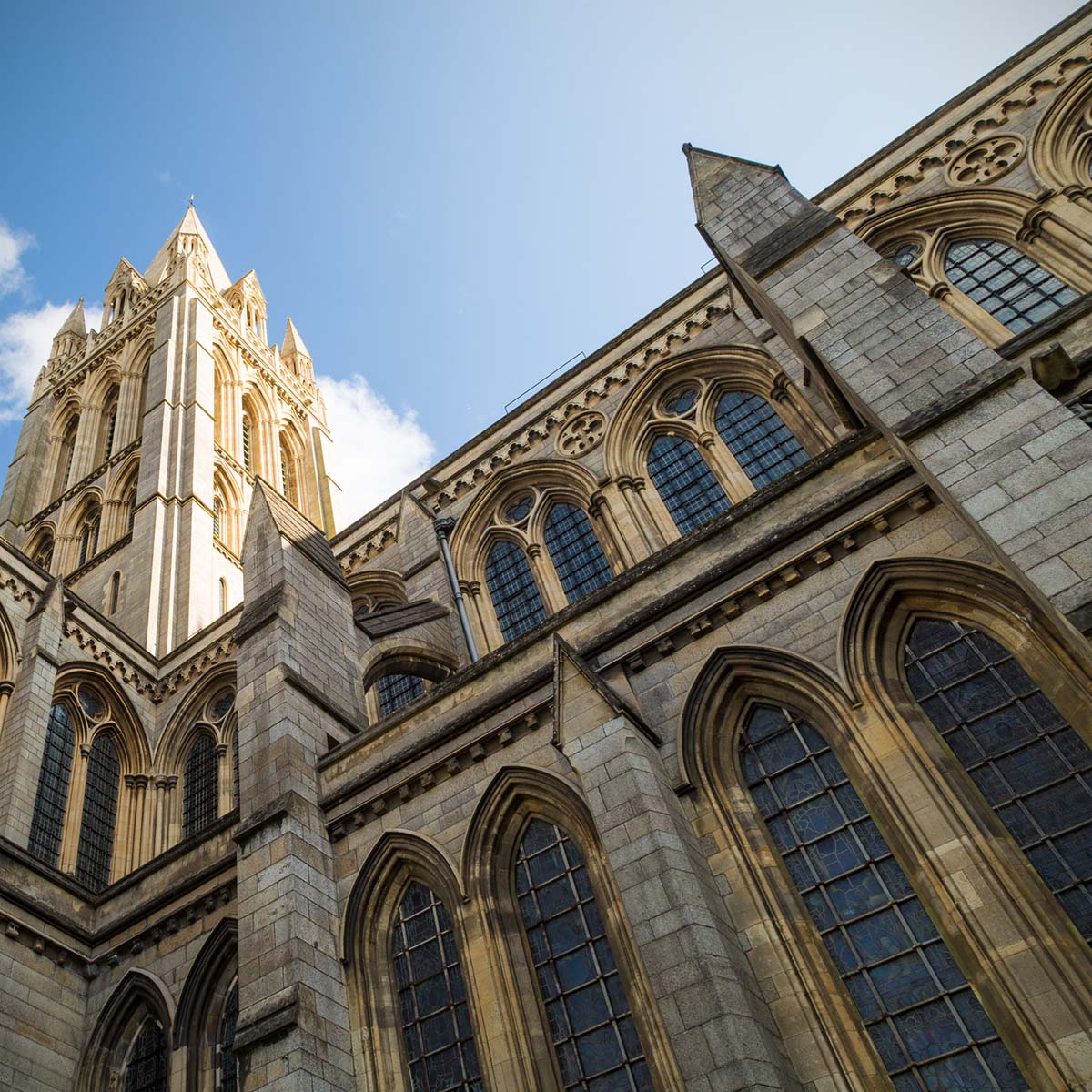 Experience the Art & Soul of the Movement

In 1910 E.M. Foster, in his novel Howards End wrote: ‘If one wanted to show a foreigner England, perhaps the wisest course would be to take him to the final section of the Purbeck Hills, and stand him on their summit a few miles to the east of Corfe. Then system after system of our island would roll together under his feet.’

Over a century has passed since Foster wrote those words but they remain as true today as they were in those still golden days prior to the outbreak of the First World War. As Pevsner says, Corfe and its ruined Castle occupy ‘an extraordinary natural position, a steep-sided hillock at the base of a cleft in the spine ridge of the Purbeck Hills. On the summit stand the silvery slabs of the  Norman magna turris, deliberately shattered by mines and explosives [in 1646] after its long resistance to Parliament during the Civil War. Down the slope to the south cascade the walls and towers of the bailey in ghastly disarray.’

Although the prospect of ‘ghastly disarray’ would make an awe-inspiring introduction to Art and Soul, for the convenience of those coming on the tour next May we will start (and end) in London, beginning in a more spiritual vein with visits to G.E. Street’s recently restored St Mary Magdalene, Paddington, and J. D Sedding’s masterpiece, Holy Trinity, Sloane Street. Sedding, like William Morris and Philip Webb, trained in Street’s office before joining his brother’s architectural practice in Penzance, and we will see much of his early work in our exploration of the South West, most particularly in several small villages in Devon and Cornwall, while at Par we will see Street’s first church, St Mary the Virgin, described by Pevsner as a remarkable work for a beginner and ‘typical of his best early work’.

Leaving London, and breaking our journey westwards, we will pause at the small Surrey church of St Martin’s, Blackheath, to see a memorable sequence of murals by the American born artist Anna Lea Merritt – a Chelsea neighbour of Whistler’s, Wilde’s and Sargent’s – before stopping in Wilton, the ancient capital of Wessex, the Saxon kingdom that embraced much of Wiltshire, Dorset and Somerset. This South-Western stretch of England is like an extended leg, with Dorset as the thigh and Cornwall as the foot and toes terminating at Land’s End, a brash and tasteless theme park, which we will spare you. Nevertheless, once we reach this area the remoteness and beauty of the coastal landscape evokes the legends of King Arthur; nowhere more so than at Tintagel with its ruined castle (repaired by Detmar Blow) and the church of St Materiana, ‘the best small Norman church in Cornwall’ restored by J.P. St Aubyn 1868-70. However before we reach the very southern-most tip of England and these legendary lands, we will explore Thomas Hardy’s Wessex, including the churches at Stinsford with a superb stained glass window to his memory by Douglas Strachan, and St Mary’s at nearby Sturminster Newton with windows by Harry Clarke and Mary Lowndes. In Dorchester – Hardy’s Casterbridge – we will visit the County Museum, designed by Crickmay & Son in the early 1880s, as well as the Cemetary Chapel and St Mary’s designed by C.E. Ponting in ‘free Arts and Crafts Gothic style’.

As we move further West we will visit E.S. Prior’s Holy Trinity, Bothenhampton, (1887-9), a precursor to his great church at Roker: the altar which he designed was made by W.R. Lethaby and exhibited at the 1889 Arts & Crafts Exhibition while the East window is by Christopher Whall. We will tour Lyme Regis the setting for the filming of ‘The French Lieutenant’s Woman’, and view the exterior of ‘Belmont’, Eleanor Coade’s house, the exterior of which she exploited as the finest public advertisement for her ‘Coade stone’. Then progress on to the cathedral city of Exeter, which started life as a Roman fortress in the first century AD. Exeter is the county town of Devonshire, and although the Cathedral (12th century and later) suffered serious damage during the ‘Baedeker raids’ has a fine West window by G.F. Bodley, and a memorial to R.D. Blackmore, author of Lorna Doone. You will get a taste of the deeply valleyed landscape evoked by Blackmore in his dark smugglers’ tale, when we visit the pretty market town of Chagford, where we will be staying for a couple of nights. Chagford’s 14th century church, which has many arts and crafts features, including work by J.L. Pearson was the subject of several paintings and drawings by the early twentieth-century Anglo-French artist Walter Sickert. From Chagford we will visit Lutyens’s Castle Drogo, one of the many delights and surprises awaiting you.

Our previous tours have tended to be planned in linear form progressing from A to B to C, but given the tight geographical nature of the Cornish peninsular we will for this tour be radiating out from selected centres like Chagford. Truro, with its superb Cathedral by J.L. Pearson is another. By the 1870’s, with increased ease of access thanks to the building of Brunnell’s Great Western Railway, the Bishopric of Exeter was deemed too remote and the decision was made to create a new diocese based on Truro: Pearson was an inspired choice and the building he designed, inspired by French and English 13th century precedents, dominates the City. From here we will explore many small towns and villages including Ermington, Holberton and St Winnow with churches all sensitively restored by J.D. Sedding or his nephew Edmund and with fine carved woodwork – pews, pulpits, rood screens, etc – by the remarkable Pinwill sisters. The Mediaeval rood at St Winnow, which they restored, is described as a ‘rare and important survival’.

This remote area of Cornwall remained untouched – a land of its own – well into the second half of the nineteenth century. The names of the Saints to whom both churches and villages are dedicated – St Erth, St Elwyn, St Ia, St Protus, St Ladock, St Hyacinth – among them, names unrecorded in any other part of Britain, bear witness to the isolation of this area, once virtually cut off from the rest of the country. Some of these memorialised and revered figures were Irish missionaries moving across Britain, often heading for continental Europe, while others may have been pre-Christian holy men and women whose shrines or wells were discreetly sanctified and absorbed into the new religion. St Symphorian’s Well at the heart of the delightful village of Veryan is a rare echo from this devout but superstitious pre-Christian age.

Mercifully many of these remote churches were sensitively restored by young architects such as G.E Street, the Seddings, William Butterfield, William White, E.S Prior and Detmar Blow, and what they learnt from the process had a direct influence on the SPAB (Society for the Protection of Ancient Buildings), William Morris’s and Philip Webb’s beloved Anti-Scrape, and through them on the broader development of the Arts and Crafts Movement. Come and join us and see for yourself!