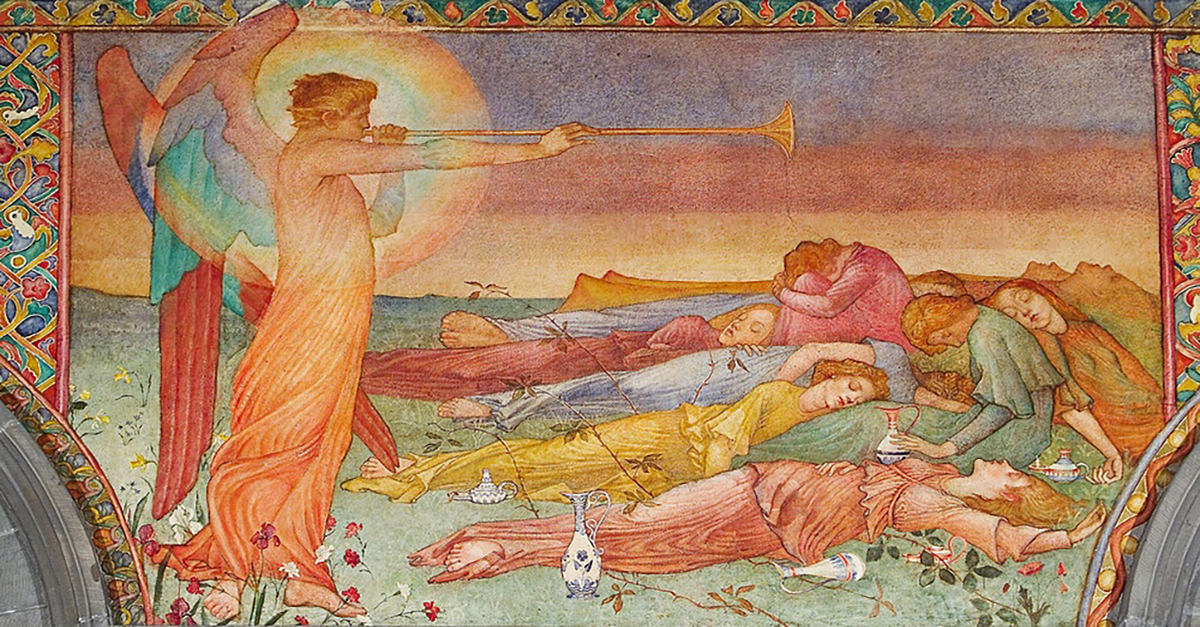 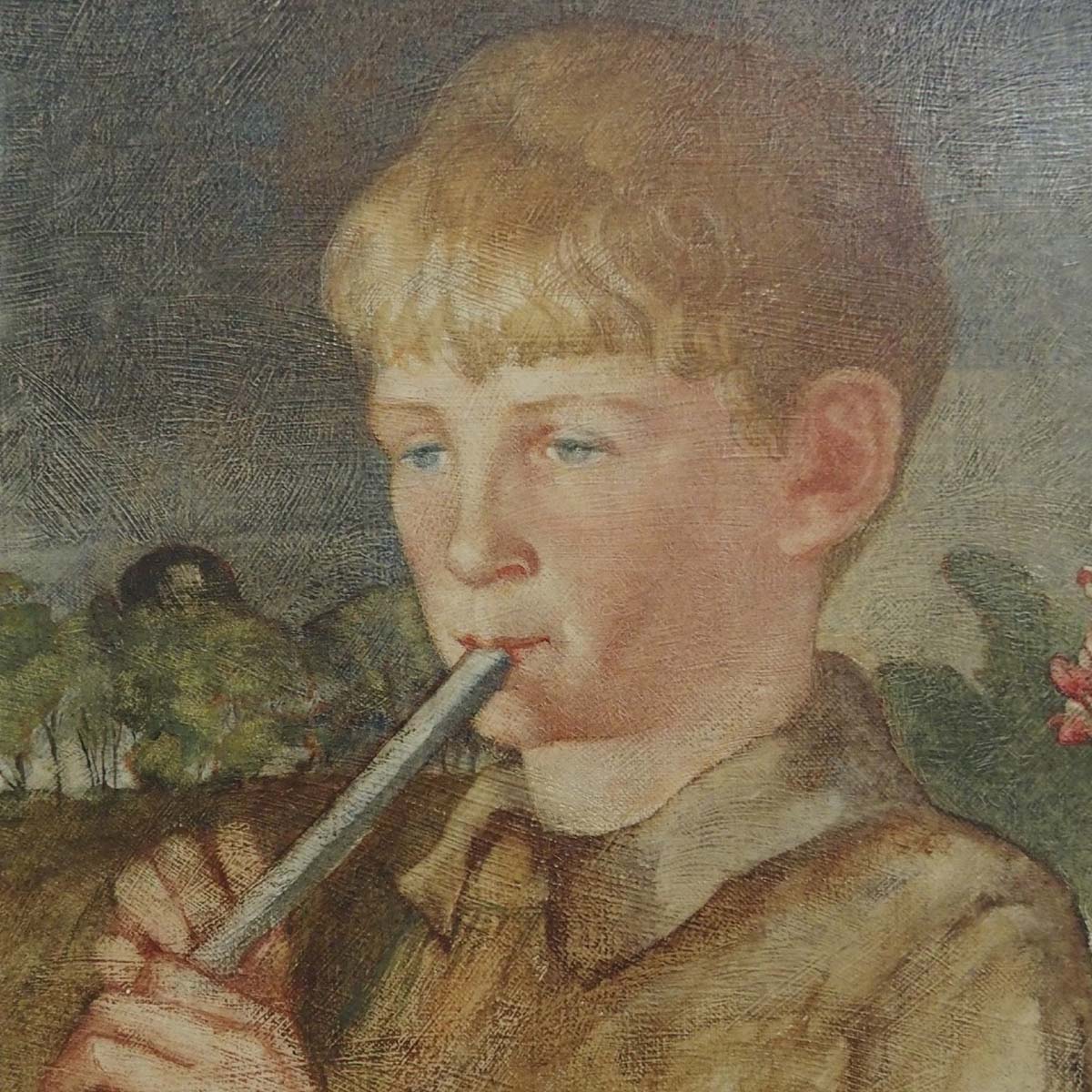 Organising an event dedicated to inspirational women artists had a feeling of inevitability to me. The subject matter is fresh, enticing and inspires creativity – which is our ultimate purpose at Marchmont.

Its roots, however, lie a decade in the past at the start of our project to restore Marchmont House in 2011. The restoration provided me with an opportunity to develop a deep interest the British Arts and Crafts movement. Indeed, such an interest was going to be essential in order to do the restoration justice.  Marchmont has Palladian 18th-century origins but was later transformed by the architect Sir Robert Lorimer – Scotland’s greatest Arts and Crafts architect. What he created is an Arts and Crafts treasure.  Nurturing my interest involved learning as much as possible about Lorimer’s work – especially visiting the places where his legacy persists, discovering more about the people he worked with and using the project as an excuse to explore (more widely) Britain’s treasures relating to this movement. It became clear that beyond Ruskin and Morris, other stories were lurking in plain sight that were wonderous, inspiring and helped inform what we are doing at Marchmont.

Four stories stood out of which three fitted neatly into the subject category of Inspiring Women Artists (sorry Ernest Gimson) and begged to be the focal point of one of our rosters of heart-warming events celebrating creativity.  In this way, Phoebe Anna Traquair, Mary Seton Watts and Louisa Beresford, Marchioness of Waterford, gravitated together for exploration and became the foundation for a broader topic. I’ll briefly explain what the magic of each was to me and the reason for finding them so appealing.

Sir Robert Lorimer had a reputation for selecting and working with the best Scottish artists and craftspeople of his time.  Phoebe Anna Traquair’s work with Lorimer on the Willowwood Piano and at Kellie Castle is magical enough on its own to capture your attention.  But before you know it you are transported into a serene, magical, and especially beautiful world by her mural works in Edinburgh where, frankly, she should be a household name but has until recently been pretty much ignored.  Mansfield Place Church now known as The Mansfield Traquair Centre (often called by those in the know as Edinburgh’s Sistine Chapel) is quite simply awe inspiring.  This eight-year solo feat of endurance resulted in a national treasure and a work of international importance.  Adding to this the works of the Mortuary Chapel and The Song School at St Mary’s Cathedral, it is not hard to come to the conclusion that Phoebe was one of the leading lights of artistic talent in the Pre-Raphaelite and Arts and Crafts Movement, leaving me (and I expect you by now) wanting to know more about her story.

Roaming the British Isles, in search of inspiration for what the Arts and Crafts Movement stands for and who were its inspired leaders, you could do no better than to start and finish at Compton and Mary Seton Watts (nee Fraser Tytler) – craftswoman, designer and social reformer. Her artwork is beautiful, but that is just the start. The vision to create an artistic Arcadia is magical – a pottery supporting social justice and reform – with architectural beauty, in the Mortuary Chapel, that is simply jaw dropping and iconic.  From the moment I read about her work, let alone visited, I was itching to know more – to get together those who could give anecdotes of her life, the successes, the failures, the dreams and motivations.  Of course, it could be the subject of its own gathering, but as a luminary in the movement, how fun to compare and contrast her to other key figures, especially other women struggling to stand out in a man’s world.

Some of the most interesting discoveries on my roving quest for Arts and Crafts education were local. Edinburgh, and Scotland, are bursting with treats, but I stumbled onto a local story of eye-popping inspiration and revelations almost on our doorstep in Ford, just over the border in Northumberland.  It is a dream village, in the Arts and Crafts mind-set, standing around a charming hall and school – designed, created, and decorated with a mural all by Lady Louisa. It glows with idealistic charm and draws you in – so, from my first visit, I quite simply had an urge to learn more.

Happily, two of the above treats can be enjoyed first hand, within hopping distance of Marchmont, enhancing their suitability as a topic for a gathering of anyone interested in such romantic stories of creativity at Marchmont.

All of these explorations and subjects had a conscious or unconscious impact upon the Marchmont project.  They influenced the art collection, including examples from these artists, but also encouraged me to seek pieces from other hidden prodigious talents lurking in the shadows of their husband or family, like May Morris, Emily Webb Davies, Jessie Marion King and Evelyn de Morgan.  Together this trio – in particular – helped underpin the nascent purpose that bubbled up during the restoration, to create something more than a beautiful physical entity and art collection that celebrated the Arts and Crafts Movement. We wanted to embrace its idealistic heart too, to create something living, something that shaped the world around it with an energy in its own right – a source of creative inspiration.  It was from this and from the amazing craftspeople who worked on the Marchmont project (and a broader interest in creativity) that the idea to make Marchmont a true home for makers and creators was sprung.

Furthermore, it felt very natural, when pondering how to approach the decoration of the Cupola Hall, to think how Sir Robert Lorimer would have approached it. The walls seemed to cry out for the works of Phoebe Anna Traquair.  So, after enquiring of Annette Carruthers – a luminary of the British Arts and Crafts Movement – who might embody her spirit today, she recommended the enormously talented Julia Alexandra Mee, affreschista (fresco painter) and art historian, in Edinburgh. She is passionate about Phoebe Anna Traquair, her works and techniques and is even a Trustee of the Mansfield Traquair Centre. We commissioned her to create the Marchmont Mural Cycle – in the spirit of Phoebe Anna Traquair. Two years into this project it felt that Julia was best placed to conduct a gathering and event celebrating inspiring women artists of the late 19th century. It’s a subject for which she has a deep passion.  She has brought together the greatest and most exciting minds for this subject matter in a way that it is hard not to be thrilled about.  And of course we now too have her story and epic Marchmont work of art to explore and share too – which celebrates late 19th century pictorial techniques and inspirations, which is an extraordinary story in its own right.  We have also made a short film about the making of the Marchmont Mural Cycle, as it becomes a story and work of art at the heart of Marchmont.  A teaser for this short film will be shown at the online Prelude event, with the completed film being shown at our main event and gathering in 2022.

And so, that is the story of how this gathering and celebration of creativity came about.  If you have read this far, I hope you will agree that it is an extraordinarily enticing event, that I personally cannot wait to attend to learn more about these extraordinary stories.

In deference to COVID-19 and keeping a desire to make the main event as magical and memorable as possible, it has been postponed until 2022, but we are lucky to have a teaser in the meantime: “Prelude to Inspiring Women Artists” on April 24th at 5pm. Hope to see you there.

For ongoing details and updates, pls sign up to our newsletter on www.marchmonthouse.com or follow us on social media.

As the recovering CEO of a digital business and with ongoing interest in this sector, he now also focuses on leading a project to bring Marchmont House, in the Scottish Borders, alive as a home to makers and creators. The goal is to celebrate inspiration through creativity with events, corporate retreats and Creative Spaces to nurture makers with studios, residencies and commissions.


Hugo has a geeky passion for the arts & crafts movement, is a Director of Wasps Artists’ Studios – Scotland’s largest provider of art spaces, a Patron of the Borders Art Fair and supporter of The Marchmont Workshop, makers of traditional rush seat chairs in a lineage going back to Ernest Gimson.