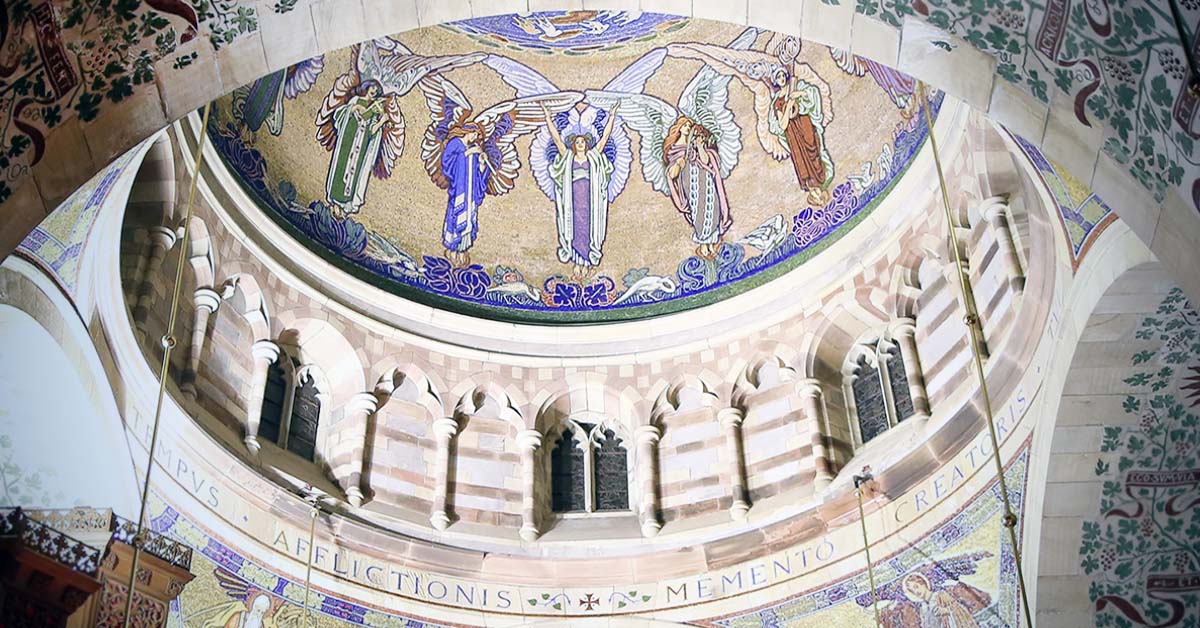 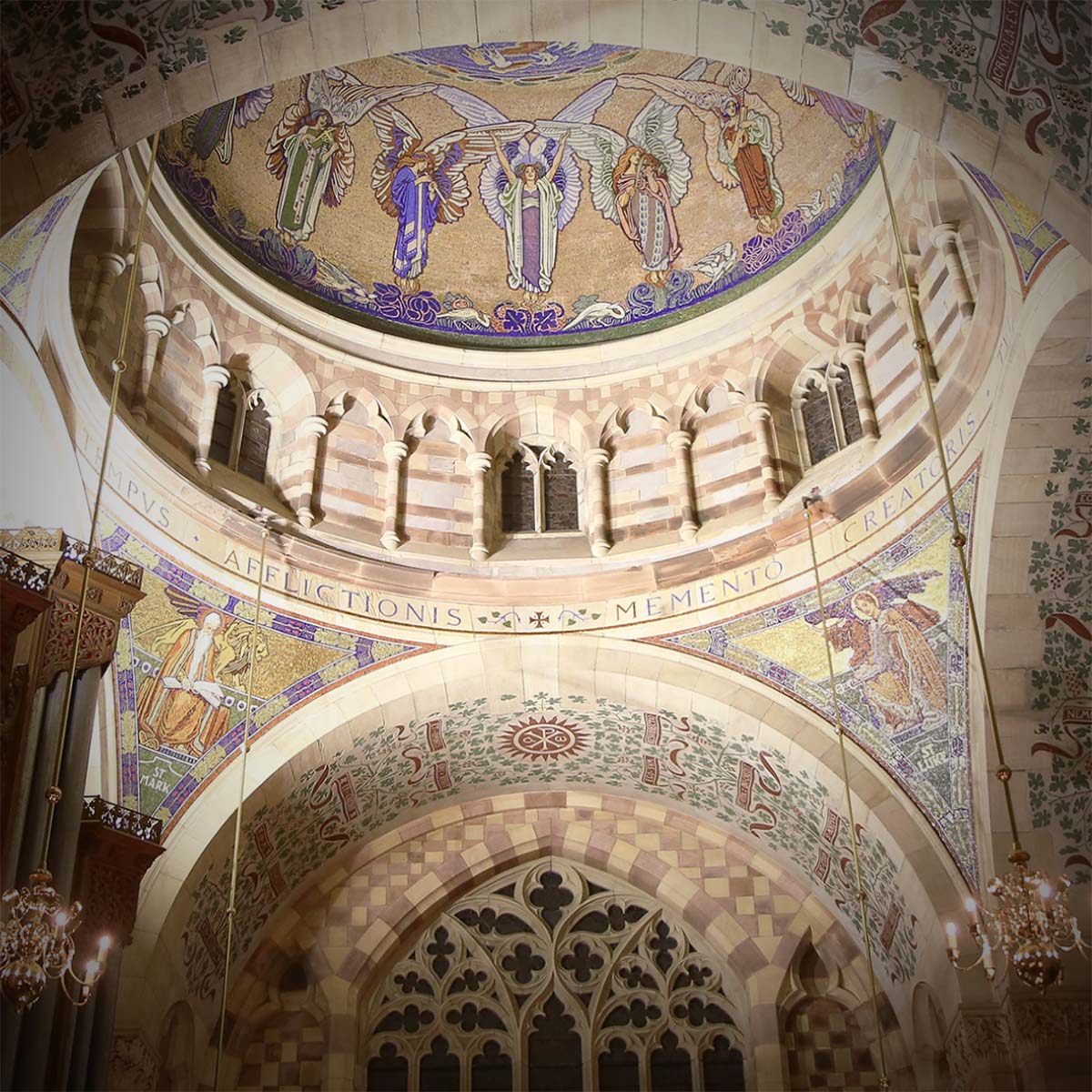 Late November might not seem the most auspicious time of year to set out on a road trip north, but Elaine, who had just arrived from America, and I were blessed with winter sunshine at every stop on their recent recce for Arts and Crafts Tours for October 2022 tour of Yorkshire and the Lake District.

First stop was Kelham Hall, on the banks of the River Trent in Nottinghamshire. Designed in 1858 by George Gilbert Scott – the most famous and prolific of the architectural dynasty that included the creators of Liverpool Cathedral and the Royal Shakespeare Theatre at Stratford-upon-Avon.

Little known, though, for his domestic work, Scott had in fact only the previous year published his Remarks on Secular and Domestic Architecture Present and Future – based on a lecture he’d given in nearby Newark-on-Trent – that extolled the Gothic as a modern style for houses. But we’ll be able to judge together just how successful that foray into domestic architecture really was.

On a few miles, we stopped next at lovely Southwell. Opposite its fine Georgian prebendary houses is perhaps England’s least known cathedral – the mighty Norman Southwell Minster, with its west end towers and heavy Romanesque arcades. Although much of it dates from the 1108 rebuild, the Minster – like many British cathedrals – has commissioned modern works, such as its transfixing stained glass west window by Art Workers’ Guild Brother, Patrick Reyntiens.

Nearby Lincoln Cathedral, too, has a work of particular interest to students of the Arts & Crafts – especially of the Bloomsbury Group. But Duncan Grant’s Russell Chapel murals – on the theme of Christ the Good Shephard – were considered so scandalously homo-erotic, the Chapel remained locked for quarter of a century. Happily, it’s open again, although Elaine and I had to view them by torch light during Sunday Evensong.

North, and north again, we reached Elmbank Hotel in York for the night – a place to rest definitely in keeping with next year’s tour theme. It’s a mid-Victorian villa whose interior was stylishly re-modelled by Glasgow designer George Walton, and illustrative of that Scottish twist – faintly continental – that Glasgow gave the Arts and Crafts.

York was where we needed to remain for our first appointments of the next day, which were to two houses by that architect known as the Lutyens of the north, Walter Brierley. First, Goddards of 1926 – originally home of the Terry family of chocolate makers – and then on to admire Brierley’s own home, Bishops Barn, as discreetly as possible from the street.

But so long did we linger outside debating with our accompanying Brierley specialist, Bishops Barn’s new owner came out to speak to us – a happy encounter that led to an explanation of the house’s ongoing sympathetic restoration, plus an invitation for us all to go inside next October!

Our third Brierley house of the day is fascinatingly representative of the stylistic fluidity that can characterize architecture in this period – especially maybe the work of Lutyens and Brierley.

Sion Hill Hall, near Thirsk, is a half-generation older than Goddards, but Neo-Georgian in style, with brick quoins, shuttered sashes and overhanging eaves. It has, too, a large collection of furniture, pictures and works of art, to which its custodian continues to add.

But after an all too short introductory visit, it was time to leave the Vale of York and venture east into the beautiful Yorkshire Dales. We were heading to a landmark known from a distance by many, but seen close-up and inside by only a few – the Byzantine-like chapel of the 15th century Giggleswick School.

We were taken round by the School’s knowledgeable archivist. Also with us was a descendant of the local landowner who’d commissioned the Chapel’s architect, Thomas Graham Jackson, to build something very special to mark the 1897 Diamond Jubilee of Queen Victoria.

Although Jackson was at the time most noted for his works at Oxford and Cambridge, he proved a sound match for his new client’s brief. Both were well-travelled and had an enthusiasm for south-east Europe – and the partnership led to this outstanding building set on a rocky outcrop, with its great, green dome visible for miles across the valley.

But it’s the view out from the Chapel – to the west – that will take us towards the English Lake District, and all those other hand-picked places of Arts and Crafts interest that will also be in next October’s tour.