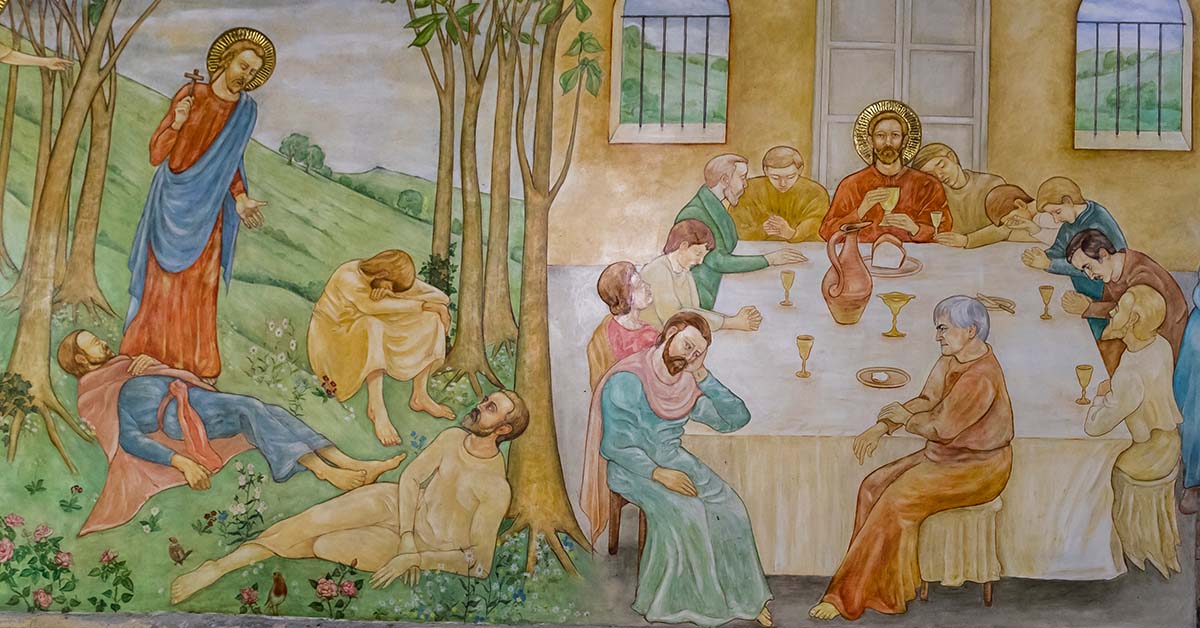 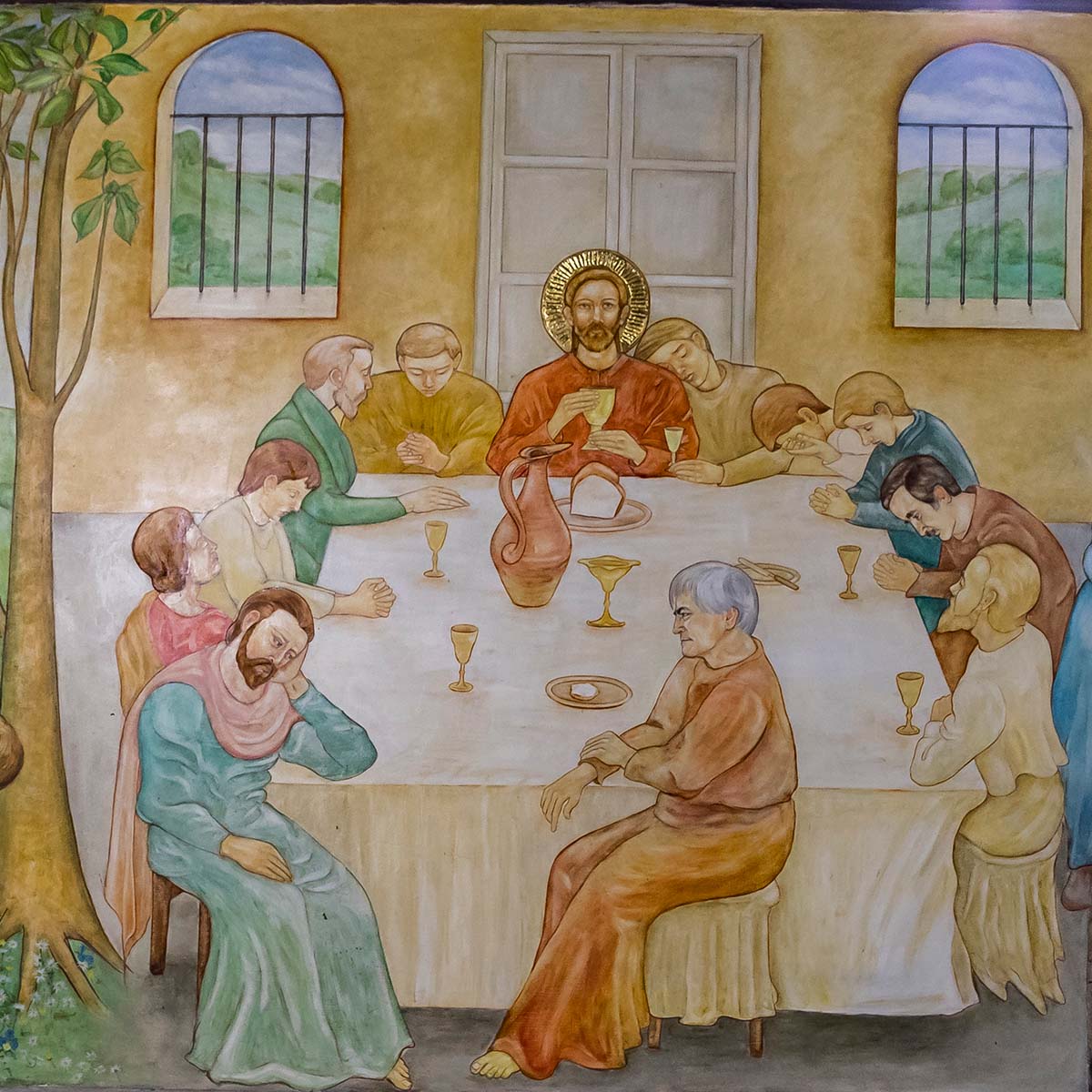 In her lifetime Phoebe Anna Traquair was known in Scotland for her mural decoration of three buildings in her adopted city of Edinburgh but in London her name was more associated with the studio crafts – embroideries, illuminated manuscripts and, from the 1900s, art enamelling. Born Phoebe Anna Moss in County Wicklow, Ireland, she had married a Scots zoologist Ramsay Heatley Traquair (1840-1912) in 1873 and the following spring settled with him in the Scottish capital. They had three children, and her earliest craft was domestic textiles. From the mid-1880s, however, she embarked on a career in social art – painting the walls of public spaces.

Traquair’s first commission from the Edinburgh Social Union was for the decoration of the little chapel of the Edinburgh Sick Children’s Hospital (1885-86). This was followed by her mural at the Song School (choir room) of St Mary’s Episcopal Cathedral (1888-92). There she presented a glorious interpretation of the canticle Benedicite Omnia Opera which included portraits of artists, poets and theologians alongside the choirboys and angels. Her art was now deeply infused with the spirit of William Blake and Italian art as well as Pre-Raphaelitism. She was also experimenting with paint techniques, applying thinned oils on a dry white ground to maximise colour. At home she worked steadily on figurative art embroideries which show similar ambition, always exploring the extremes of a material’s possibilities.

In the 1890s she produced exquisite illuminated pages of poetry. In 1887 she had briefly corresponded with John Ruskin who encouraged her skills by lending medieval manuscripts. Then she chose to interpret Tennyson’s In Memoriam (Lisa Unger Baskin collection, Duke University), Elizabeth Barrett Browning’s Sonnets from the Portuguese and Dante Gabriel Rossetti’s The House of Life (both National Library of Scotland), producing images which are personal and deeply moving. In the same years she painted the interior of the vast Mansfield Place Church (1893-1901, known today as the Mansfield Traquair Centre) with her lively and personal interpretation of biblical texts, and also stitched her most important embroideries, The Progress of a Soul (1893-1902, Scottish National Gallery). These marvellous textiles, rich in both texture and meaning, illustrate her interpretation of Walter Pater’s story of Denys of Auxerre and, like her murals, they illustrate the journey of the spirit. Her inspirations came from poetry plus a wide range of sources including medieval art, Renaissance art and the recent British romantic tradition established by Edward Burne-Jones.

Traquair’s art was known in the United States. In 1893, on the advice of Walter Crane, she exhibited the first of her exceptional tooled leather bookbindings (on a copy of her In Memoriam) at Chicago’s World’s Fair, to be followed by The Progress of a Soul being shown in 1904 at St Louis. The 1900s brought her craft further public exposure when her brilliantly coloured enamels (jewellery, triptychs and caskets) were widely shown including the Arts and Crafts Exhibition Society in London. Her crafts had already been written up in The Art Journal but now The Studio featured her book art and enamels.

Her career as a muralist however was not yet complete, for she produced two fine decorations before and after the Great War. The first was painted in a little medieval church in the village of Clayworth, Nottinghamshire (1904-05) and the second, in the Manners Chapel in Thorney Hill near the Hampshire-Dorset border (1920-22), was begun weeks after her election as the first woman honorary member of the Royal Scottish Academy. The latter summarised what and who remained important to her: Blake and Tennyson are there alongside clergy and portraits of members of the Manners family, all set against a beautiful New Forest landscape. The wide range of inspiration to be found across all her art from manuscripts to embroideries is still there, rooted in her love and respect for all creation.