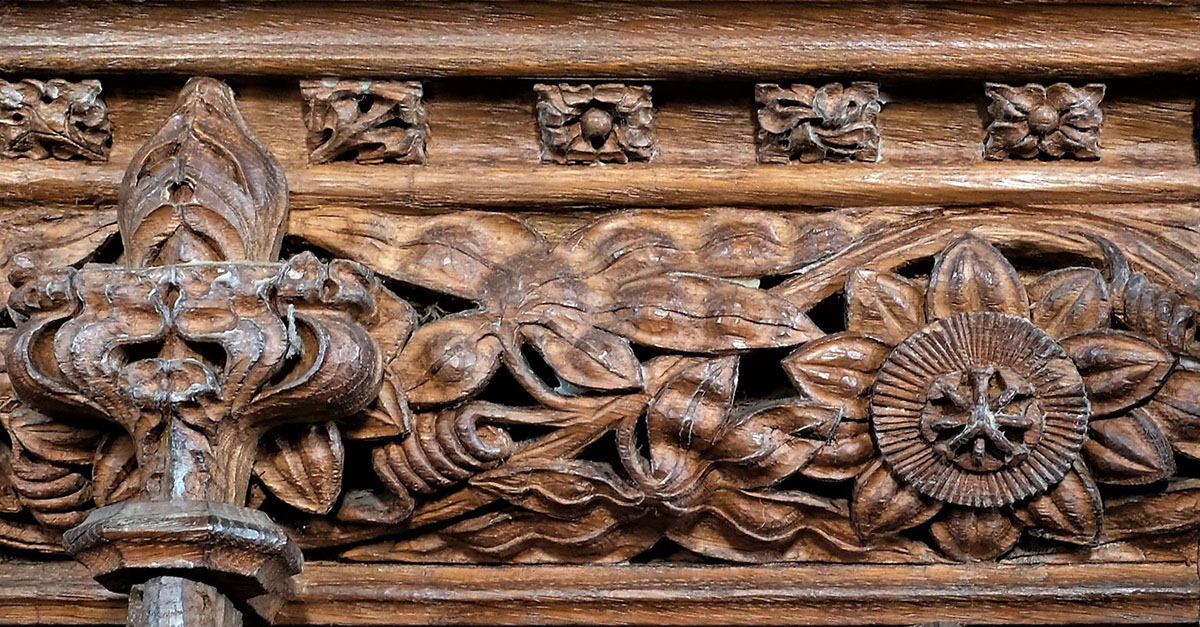 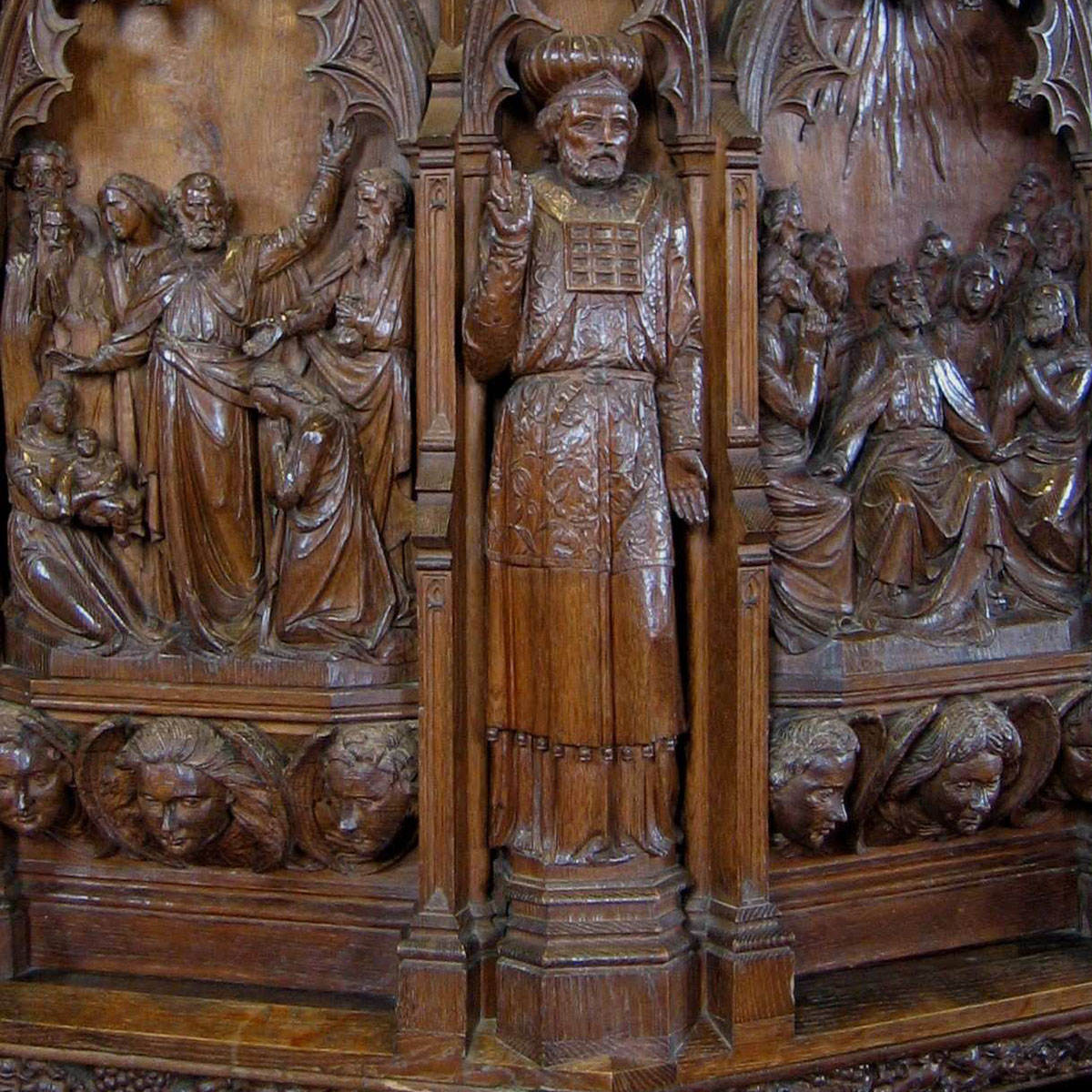 The Pinwill Sisters – Professional Woodcarvers of the Movement

The Pinwill sisters, Mary, Ethel and Violet, worked as professional woodcarvers from about 1889, first in Ermington and then Plymouth, Devon. They were three of seven daughters of the Revd Edmund Pinwill and his wife Elizabeth, who encouraged their daughters to learn woodcarving from a team of craftsmen who came to Ermington to restore the church in 1884. One of their first large commissions was the pulpit at Ermington, completed in 1889. The sisters then set up their own company, Rashleigh, Pinwill & Co., Ecclesiastical Carvers, using Mary’s middle name. While it was not unusual for women to learn to carve in the late Victorian period, it was quite extraordinary for them to set up in business as woodcarvers and the name of the company may well have been devised to give the impression that they were men.

The emergence of the Pinwill sisters as woodcarvers in the late nineteenth century was shaped by several factors, most importantly the support and encouragement of their family, but also the patronage of architect Edmund H. Sedding, nephew of the Arts & Crafts proponent John Dando Sedding. Commissions designed by Edmund ensured a high standard was established and a good reputation gained. Other architects soon recognised their skills and commissioned work from the sisters, including Frederick Bligh Bond and George H. Fellowes Prynne. Important wider influences that encouraged their work to flourish were the relative freedom given to women within the Arts & Crafts Movement and the drive to restore ancient churches guided by Anglo-Catholic sensibilities.

Over more than six decades, the company produced ecclesiastical carvings in both wood and stone for nearly 200 churches across Devon and Cornwall and further afield. After Mary left in 1900 and Ethel in about 1908, Violet Pinwill continued to run the business single-handedly until she died in 1957. As well as new commissions, their work encompassed the restoration of fine and ancient chancel screens, including those at Buckland-in-the-Moor and Manaton in Devon, and Madron and St Buryan in Cornwall.

The Pinwill sisters moved seamlessly from ‘lady woodcarvers’ to professionals, and in the process created some of the most beautiful and artistic woodcarving in Devon and Cornwall. They declined to be part of the almost invisible band of women artists who worked in churches without recompense. Instead, the Pinwill sisters aspired to be recognised alongside men as professionals and were rewarded with a remarkable reputation that places them among the finest in the land.

One of the major aspects of my research has been the compilation of a catalogue of Pinwill work. Evidence for the majority of pieces is drawn from the Pinwill photographic archive at Plymouth and West Devon Record Office. Information garnered from the photographs has been supplemented by a wide range of other sources, including newspaper accounts. The catalogue can be accessed at: www.pinwillsisters.org.uk

From ‘Lady Woodcarvers’ to Professionals: The Remarkable Pinwill Sisters

Due out in January 2021, this book represents the culmination of ten years of research. Foreword by Peter Beacham, co-author Buildings of England: Cornwall (2014). Details will be announced on the website at: www.pinwillsisters.org.uk. Here you will also find a gallery of Pinwill woodcarvings and more information on the pivotal Edmund H. Sedding.

Dr. Wilson was born and brought up in Plymouth, Devon, and studied for a BSc and PhD in Environmental Science as a mature student at the University of Plymouth, teaching there for a number of years. She has since developed interests in local history, architecture and churches, applying research skills to her main project of the last decade, studying the life and work of the Pinwill sisters, ecclesiastical woodcarvers. She sits on the Executive Committee of the Devonshire Association and acts as Chair of their Buildings Section.