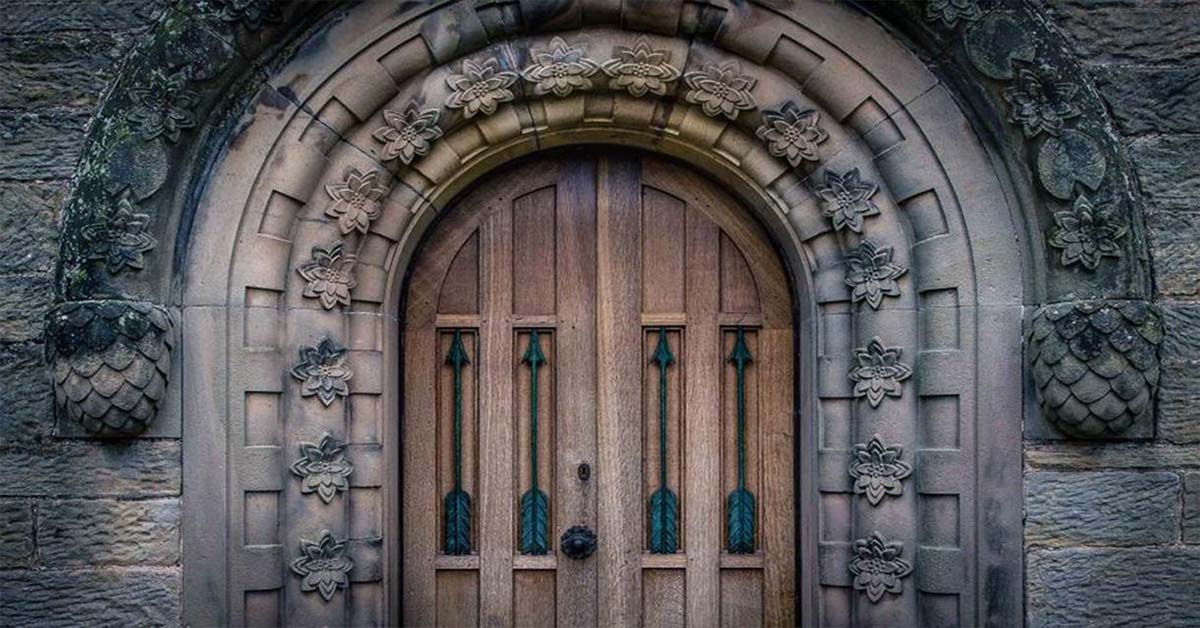 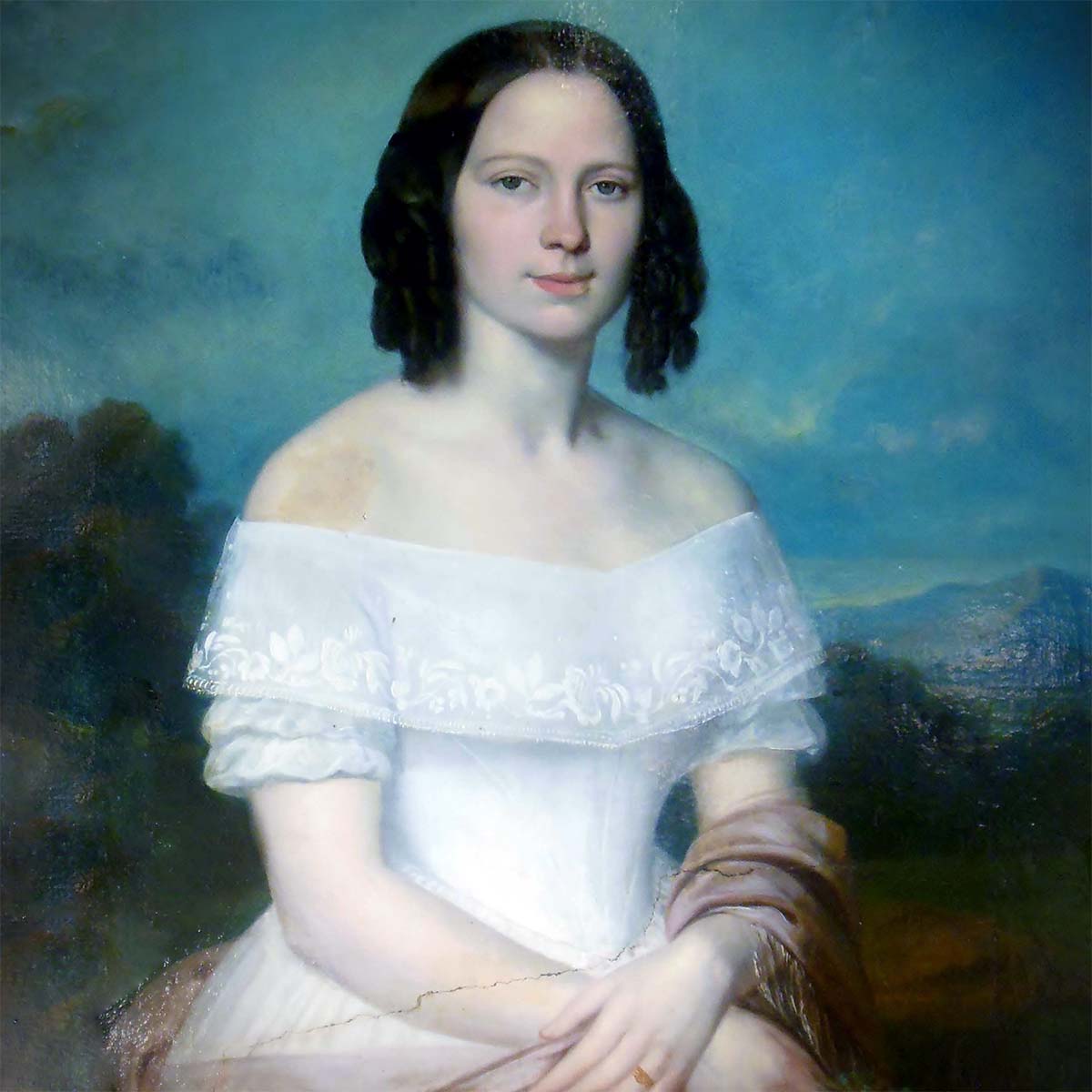 Sarah was born in Wreay (pronounced Rear, rhymes with Beer, the owner of the restaurant just across the street, told me), in Cumbria in York, not far from Carlisle. She was the first of four children, so when her father died young, and her mother years later, she became the owner of the family’s holdings. In time she became one of the major landowners in Wreay. She was very close to her sister Katharine. Together, the sisters pursued an education, remarkably a much better education than most girls at the end of the 18th century. They were well read and traveled extensively on the continent including France and Italy. Sarah spoke French and Italian fluently. When Katharine died, Sarah grieved very much.

About 20 years after her sister’s death, Sarah noticed that the old church on a square of sorts in Wreay was in poor shape so she got permission from the town government to build a new church on the condition that she could select the design and construction methods. She designed and oversaw the building of St. Mary’s Church. In fact, she participated in the stone carving of the window and door surrounds on the exterior of the building and even some of the wood carving on the interior. It is said that she and her cousin carved the font of alabaster. The building was completed in 1842 but as some accounts say the building was completed in 1845, the interior decoration and furnishing of the church took another 2 years. All of Ms. Losh’s papers and designs have been lost but it is thought the total cost was 1200£.

The church design was controversial at the time of its construction for at the time and even today it is very different from any other church in England. Its style has been given differing names, but it is believed that Sarah based the church on early Christian buildings she had seen in Lombard in Italy from the 5th and 6th centuries. Some call it early Lombard Revival, others early Saxon. But there is no doubt that the finished church is stunning. It contains no traditional Christian symbols, not even a cross, but there are many naturalistic symbols (plants and animals) – notice the window surround pictured here.

There is a round apse and the altar is free standing, allowing the priest to celebrate the Eucharist facing the congregation. These were most unusual at the time, though beginning in the 1960s, a free-standing altar has become more popular. The round apse contains columns on the rear periphery that allow for thirteen seats.

The Pre-Raphaelite painter and poet Dante Gabriel Rossetti called it “a church in the Byzantine style, full of beauty and imaginative detail, though extremely severe and simple” and “much more original than the things done by the young architects now.” A hundred years later Nicholas Pevsner labeled it “Byzantino-Naturalistic and said it was a “crazy building without any doubt”. He highly recommended that others come to experience it. He also said the workmanship was a precursor to the Arts and Crafts work that came a bit later.

In truth, the church was very personal to Sarah Losh: a memorial to Katharine. She also designed a built a memorial to her sister on the grounds with a statue of Katharine inside.

St. Mary’s Church was Sara’s most famous building. It now holds a Grade II listing. Sarah was a self-taught architect. She earlier had designed other smaller projects, most in and around Wreay. I have been to this building twice, each time with a different tour group. We spent some time inside the building and a few people went outside, but I did not, and for that I am very sorry and anxious to see it again – perhaps on our Art and Soul Tour in 2021. It seems to me that Sarah Losh deserves more familiarity and status, but perhaps she was content to build this church in memory of her sister. And perhaps she did not get more notoriety because she was a woman. Who can say?

Prior to joining Arts & Crafts Tours, Gail Ettinger was Manager of Meetings and Tours for the Society of Architectural Historians in Chicago, and among a number of programs, she was responsible for managing the Society’s annual meeting. Gail has worked as a meeting and event planner for a variety of non-profit associations in topic areas as diverse as energy conservation, housing, gay and lesbian affairs, and banking. She spent five years in Washington at the Department of Housing and Urban Development. Read more about Gail Ettinger