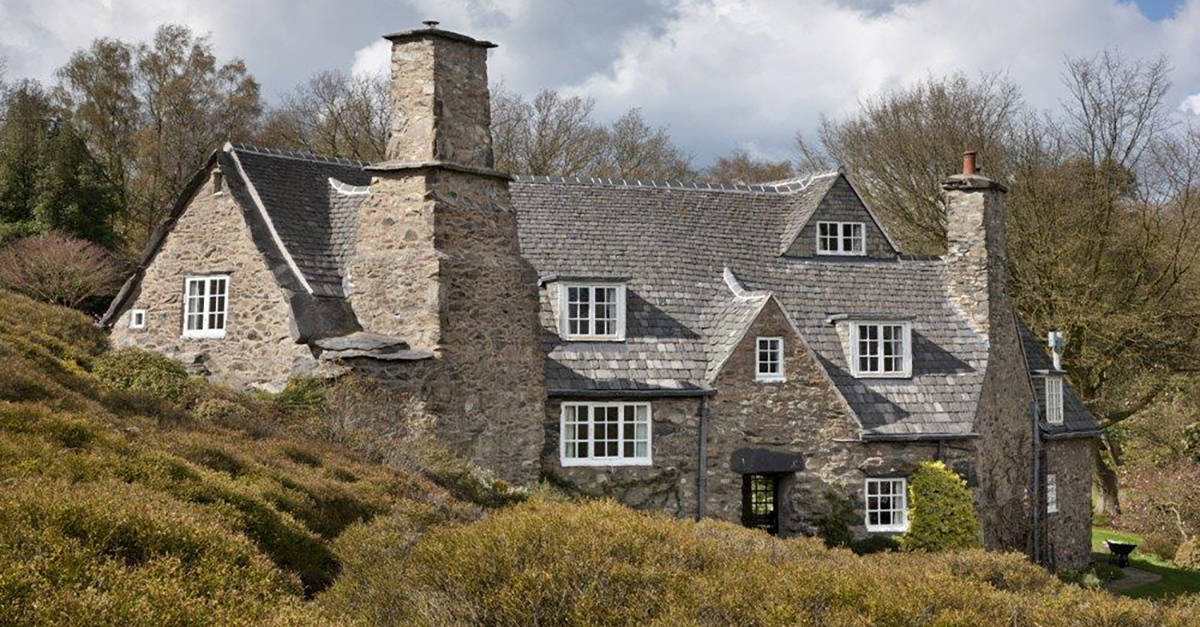 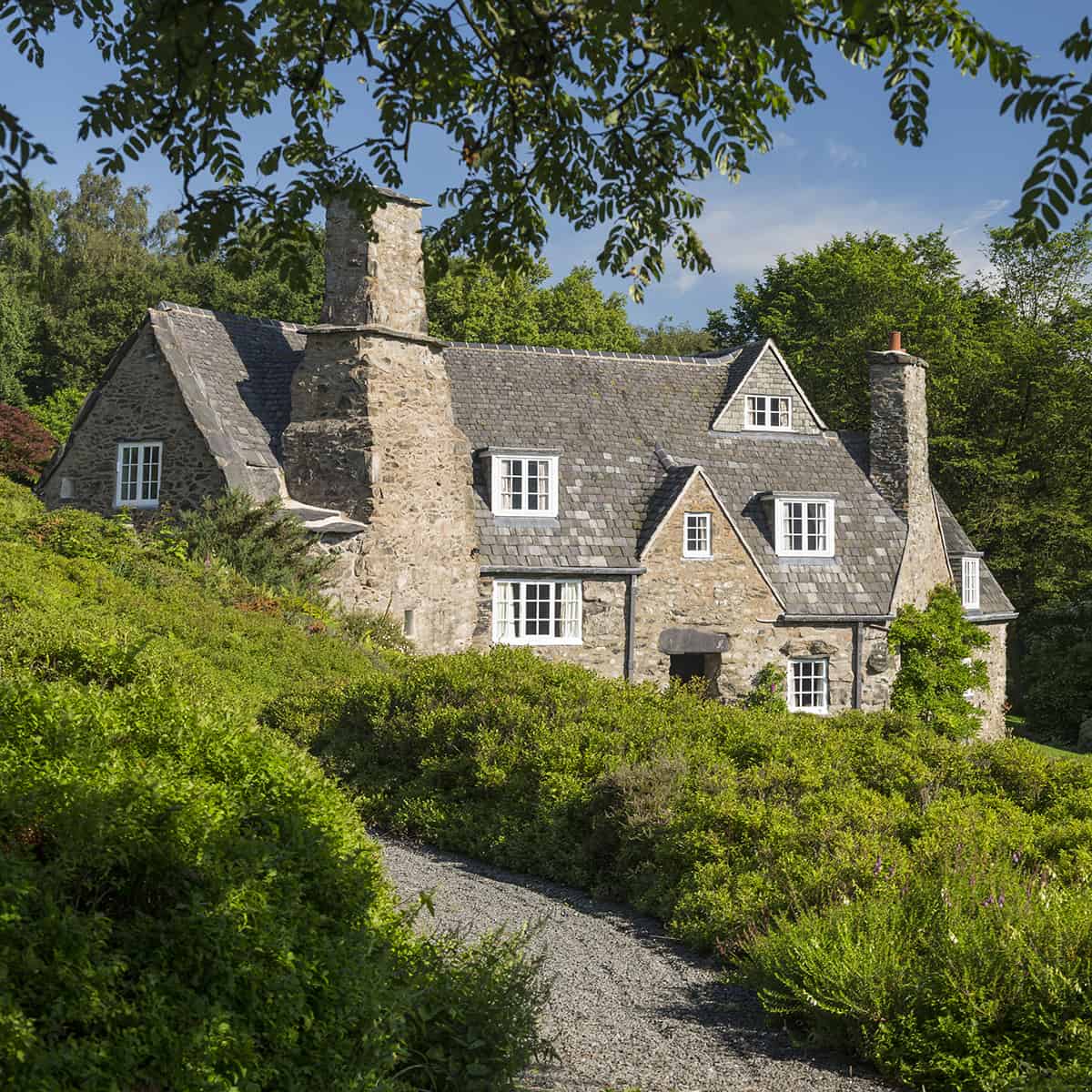 Stoneywell: Cold Comfort Cottage or Apogee of the Arts & Crafts?

Ernest Gimson’s client at Stoneywell was his big brother, Sydney, who’d begun visiting the Charnwood Forest decades earlier for camping holidays with friends. Although within walking distance of Sydney’s Leicester home, it had seemed so remote the young campers took care to shade their lanterns lest they be spotted by imaginary brigands. But in middle age, and with his wife in poor health, he purchased a plot of land there in 1898, and recalled his brother from the Cotswolds to design and build him a summer house away from the city.

The result was a large, strongly vernacular looking cottage that emerges sinuously – as if half-born – from the boulder strewn landscape. The stones that form its walls being mostly gathered from what became a garden barely reclaimed from nature, while the giant Swithland slate lintels were taken from the disused local quarry. It could be the very genesis of Organic Architecture years before Frank Lloyd Wright even coined the term, and is – I often argue – the apogee of Arts & Crafts architecture.

So, is my title to this piece unfair in its reference to Stella Gibbons’ 1932 comic novel Cold Comfort Farm, and suggestion that Stoneywell is overly spartan and too much of a philosophical statement – even a mere sculpture? Country Life’s early 20th century architectural editor, Lawrence Weaver, would not entirely think so as he wrote: The Gimsons are sensible enough not to think about draughts, as it’s necessary to suffer for Stoneywell’s beauty!

Ernest Gimson’s foreman for Stoneywell’s construction had been the mercurial Detmar Blow. And however bad those draughts reported by Lawrence Weaver were, they can have been little compared to those at Blow’s first architectural commission, Mill Hill, in Yorkshire – a house we hope to visit on a future tour. At the starkly simple Mill Hill, Blow set the beam ends in open bearings to prevent them rotting. The resultant draughts were so excessive, his client’s wife had newspaper stuffed in the holes.

But it must be noted that Stoneywell was – with the exception of the odd Christmas holiday – only intended to be lived in during the warmer months of the year. It didn’t, in fact, become an all-year-round home until inherited by Sydney’s son. Even so, it long remained without electricity for lighting or pumping water for bathing, and drinking water had to be carried from the distant wellhouse till 1967 – only two years before central heating was finally installed.

In their seemingly fastidious pursuit of simplicity, Sydney’s son and grandson had eschewed the likes of en suite bathrooms and the later interior design trends embraced by most. Instead, they kept their walls white and retained much of the original furniture chosen by Sydney and his wife, Jeanie, in the Cotswold workshops of Ernest Gimson and Ernest & Sidney Barnsley. And how grateful the world should be for this reluctance to adhere to modernity and creature comforts, for it ensured the survival of a masterpiece. But perhaps we shouldn’t be surprised – Arts & Crafts was in their genes.