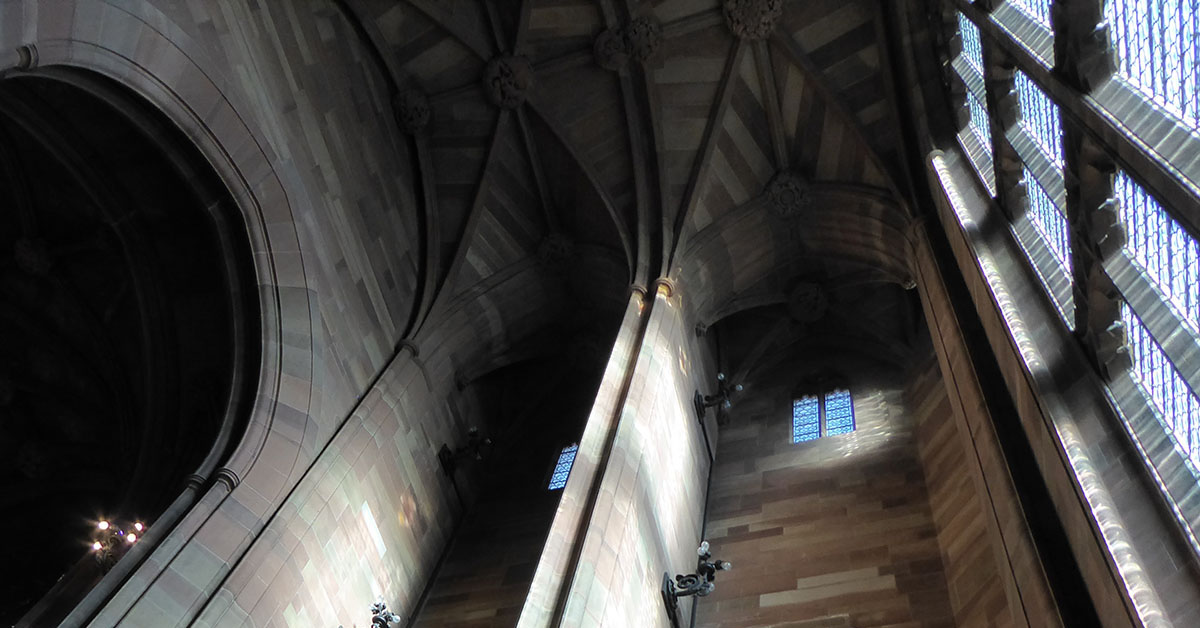 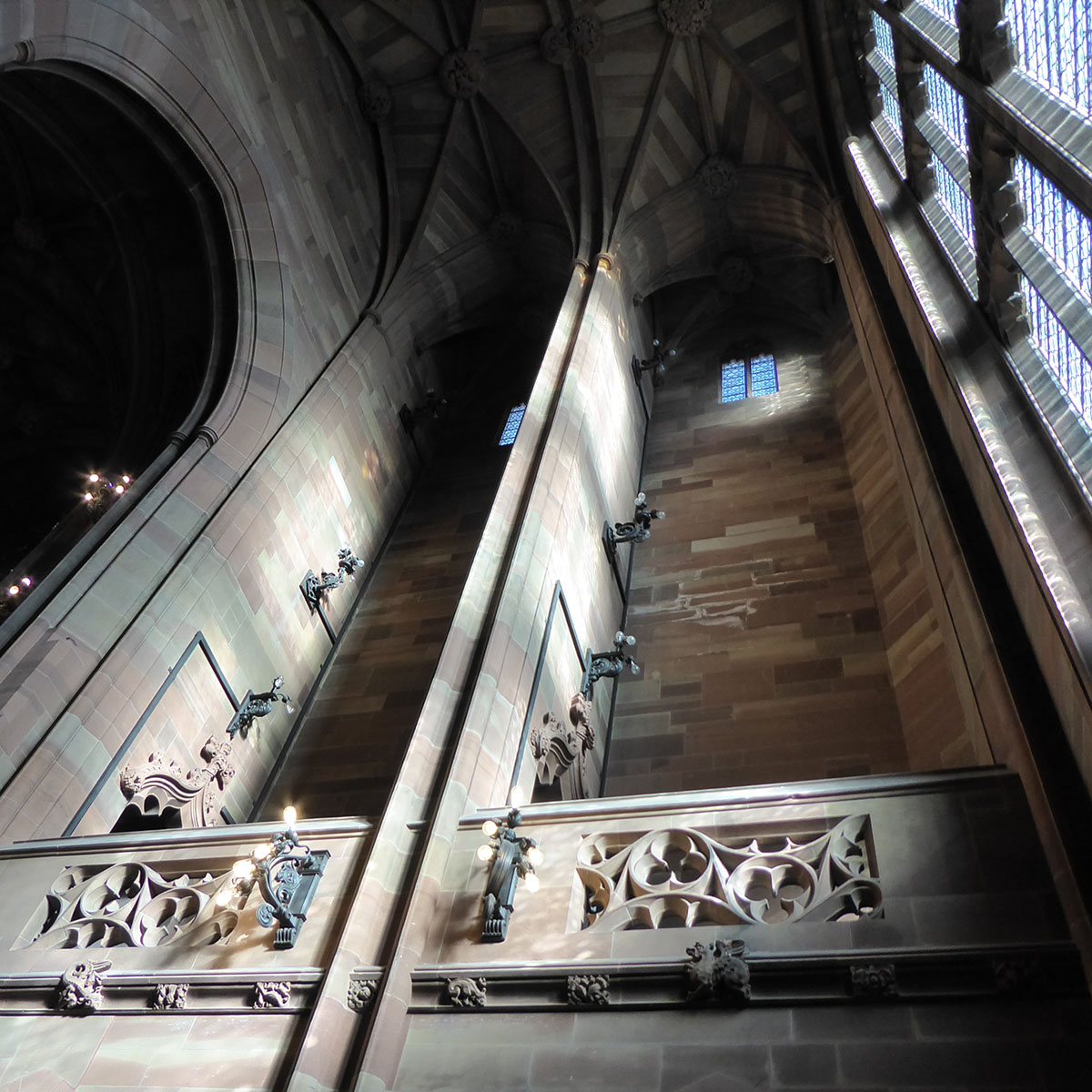 Our Arts and Crafts tour’s two title areas of exploration have been loved by all from romantic poets of the early 19th century romantic to fans of the James Herriot books and TV series All Creatures Great and Small, while the tour’s starting point of Manchester is perhaps a more recently acquired taste – but what a one to acquire.

Back in the 1950s, the English historian A. J. P. Taylor challenged anyone to lead a blindfolded person to a point in that city where they might exclaim “Arh, that’s beautiful” when they had their blindfold removed. But that just says everything about the ubiquitous underappreciation in Taylor’s time of the wonders of Victorian art and architecture.

And those in Manchester are not just wonderful, they’re truly eclectic, too: the group met, for instance, for its first lunch in Britain’s truest evocation of a Venetian palazzo, the 1862 Memorial Hall in Albert Square, then went on to explore the city’s Perpendicular Gothic / Arts & Crafts fusion masterpiece John Rylands Library – designed by Basil Champneys in 1890.

Our tour sought to put the Arts & Crafts Movement in its long-debated context by seeing where it came from and where it went, as well as by studying glorious examples of it. But we didn’t stop with Gothic Revival when establishing its origins, we went medieval to see and touch the sort of wonderful stone and wood carvings so admired by Ruskin and Morris.

Lincoln Cathedral even included its own bit of Bloomsbury – Duncan Grant’s mildly salacious murals, for which his lover Paul Roche modelled as Christ the Good Shepherd. Vanessa Bell and Angelica Garnett also appear, but as very recessive figures compared with Grant’s male friends who are homo-erotically posed as stevedores in an Italianate looking Lincoln docks.

North we then went, staying at York’s Elmbank Hotel, George Walton’s Mackintosh-esque remodeling of a Victorian villa; and then for a morning tour of “Lutyens of the North” Walter Brierley’s own house. Once more a family home, this beautiful brick house with shady loggia and Jekyll-designed garden, has been sensitively conserved by its new owners.

Leaving York, we were guests for a private lunch on a North Yorkshire estate.  But while our hosts’ family had commissioned their neo-classical house in 1770, they had also at the close of the following century commissioned our pre-lunch stop: the exquisite Byzantine-domed chapel at Giggleswick – an ancient boarding school at the gate to the Lake District.

Our lunch stop, though, was but an entrée to our final three nights’ lodgings. Naworth Castle is all a medieval fortress should be – plus central heating, thank fully – and has been home to the same family all along. But it has an artistic as well as a warlike past, and we were able to enjoy rooms designed by Arts & Crafts supremo and family friend, Philip Webb.

Naworth served as our base for forays south to see two holiday houses overlooking Lake Windermere. First to M. H. Baillie Scott’s glorious Blackwell, now the Arts and Crafts Museum and then to Broad Leys by C. F. A. Voysey. There, we considered over lunch that architect’s wise philosophy that a house should be a spiritual as well as material shelter, and so a place in which mind and spirit should find rest, too.

It was these elusive prizes, of course, which John Ruskin was seeking when he purchased Brantwood – our final house visit – on the shore of Coniston Water. Thus, we finished with the man with whom it perhaps all began, John Ruskin: art critic, social philosopher, and Victorian polymath – someone whose tireless wonder and curiosity continues to inspire us.