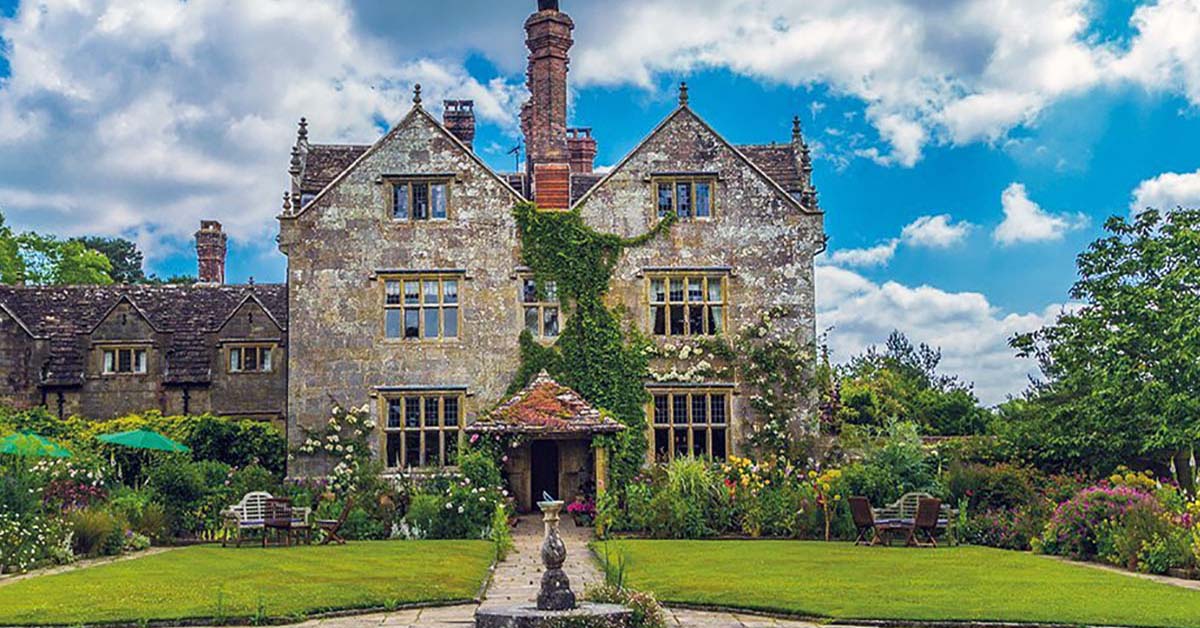 We will spend a day in Edinburgh and see some of Phoebe Traquair’s glorious embroidery as well as the superb work of Robert Lorimer at the Thistle Chapel in St. Giles Cathedral seen on the right. Lorimer also designed the Scottish War Memorial at Edinburgh Castle at the top of the Royal Mile.

Another day will be spent on the Isle of Bute visiting Mount Stuart and all its glory, such as the sitting room on the right. Our time in Scotland will conclude with a visit to Mackintosh’s Hill House designed for the publisher Walter Blackie in Helensburgh, where there are also homes by Baillie-Scott. Then it’s off to Loch Fyne and the extraordinary Ardkinglas designed by Lorimer for the Noble family and a meal at the renowned Loch Fyne Oyster Bar.

We leave Scotland and head south to the Borders where we will stay in Naworth Castle, in Brampton, home of the Howard family and originally built in the early 14th century. From this base we will visit one of Pugin’s glorious, small churches – Warwick Bridge – and one of the few churches built by a woman, Sarah Losh. George Howard was himself an artist and also a patron of the Pre-Raphaelites. He commissioned Philip Webb to design his only church, St Martin’s, which is in the lovely small village of Brampton and has the absolutely most glorious windows by Burne-Jones, three of which are below.

We’ll also be able to spend time in the Lake District, home to three important Arts and Crafts homes. The first of these is Blackwell’s designed by Baillie-Scott and now a museum of the Arts and Crafts Movement. Below you can see the wonderful seating area overlooking Lake Windermere.

C.F.A.Voysey designed several homes in this area, perhaps the most famous is Broadleys (below) on Lake Windermere. And not too far away is Brantwood, on Coniston Waters, the home of John Ruskin.

We hope by the time this trip is ended you’ll agree with Ruskin, who said:

“Wherefore, when we build, let us think that we build forever. Let it not be for present delight, nor for present use alone; let it be such work as our descendants will thank us for, and let us think as we lay stone that a time will come when those stones will be held sacred, because our hands have touched them; and men will say, as they look upon the labour and wrought substances of them: ’See this our fathers did for us.”