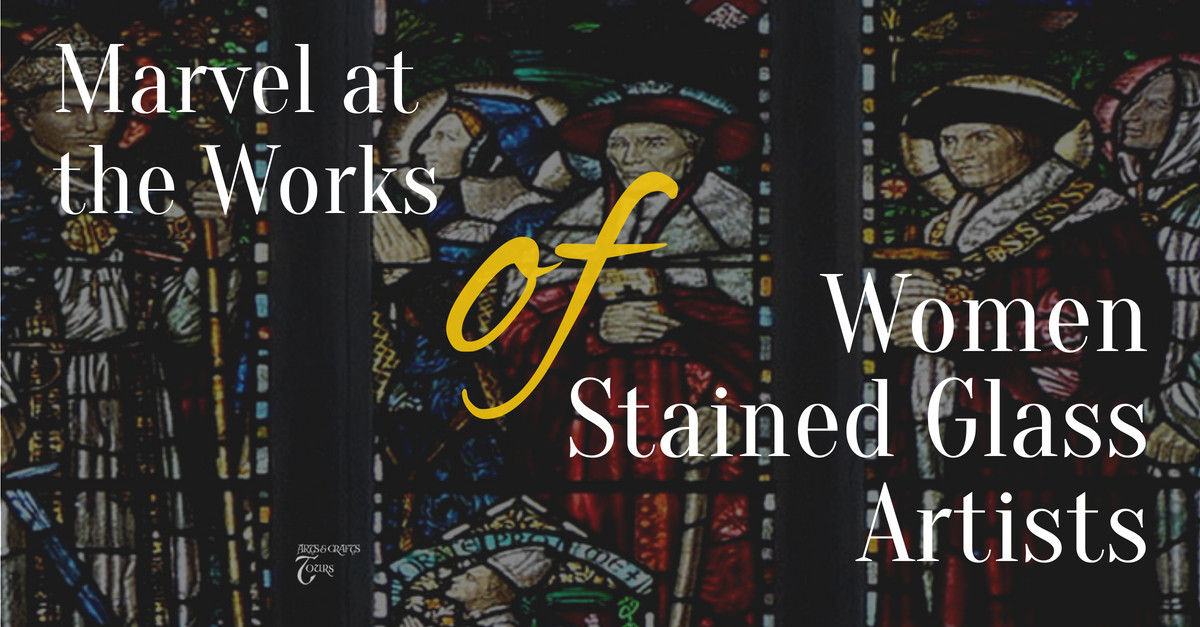 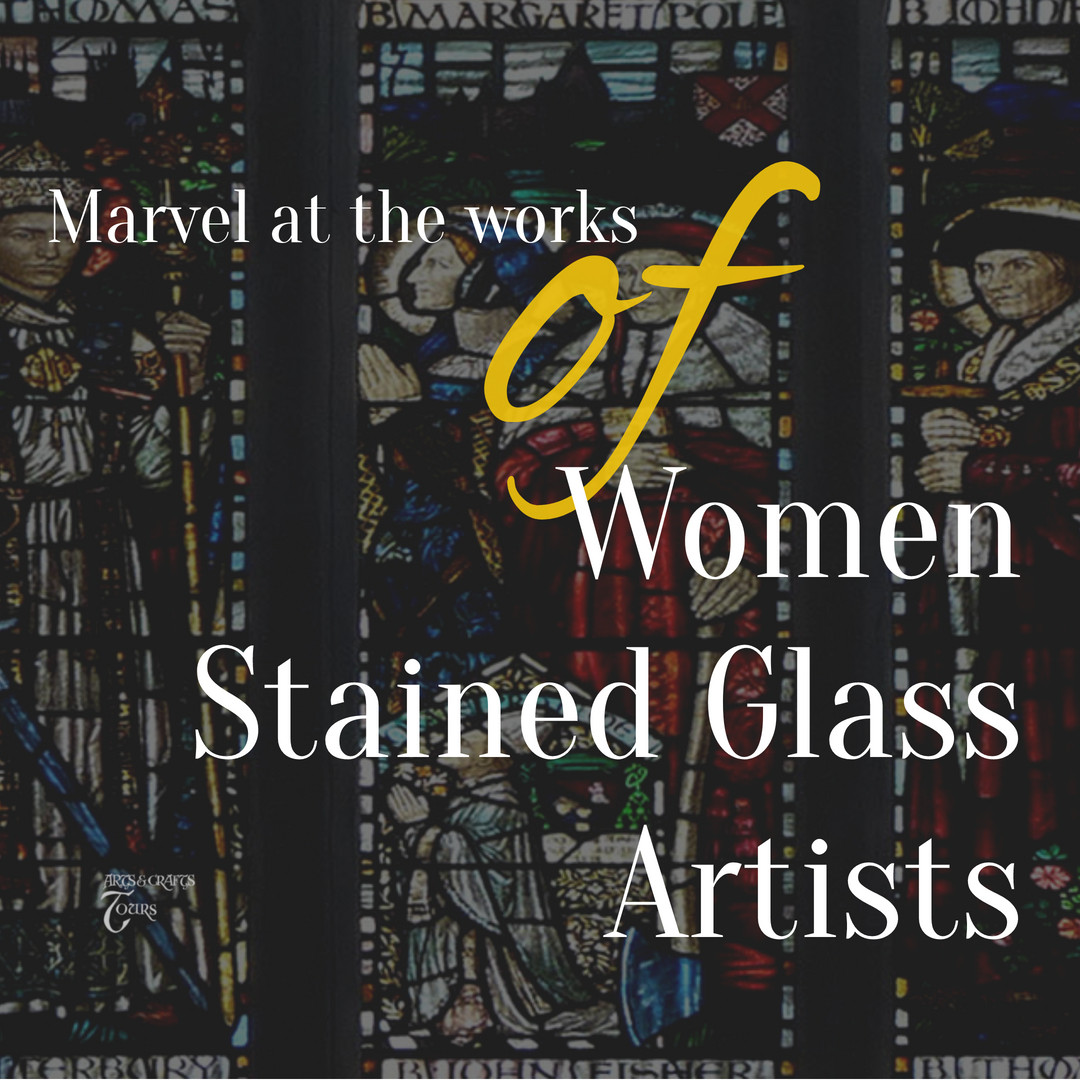 The Arts and Crafts Movement roughly encompasses most of the years of Queen Victoria’s reign until the end of the First World War (1840-1920). This range is important since it includes the strict educational discipline imposed by the National Course of Instruction and the impact of the ideological and physical struggle for Female Emancipation, not least among the Middle Classes who could afford the training required to become practitioners in the Art and Craft of Stained Glass. It is essential, yet sad, to realise that the First World War provided most of the opportunities for women to create memorial windows for those who should have been lovers, husbands and the fathers of their children. The poignancy of so much of their work, reflects these powerful emotions.

From the standpoint of influence and encouragement at this time, Mary Lowndes (1856-1929) was immensely important. She had trained at the Slade as a painter, learning her skills in the stained-glass studio of Henry Holiday (1839-1927) an artist best known for so many fine windows in the USA. Later, with a commercially experienced Glazier (Alfred Drury), she set up a fabricating studio of her own in Fulham, where artists could design and make their own stained-glass windows. It was known as ‘The Glass House’, Lowndes and Drury, and continued to operate until 1993.

Many wonderful windows were made there by several really important artists. These included Moira Forsyth (1905-1991), who created the subtle windows in the nave of Eton College Chapel where the magnificent East window by the great Irish artist Evie Hone (1894-1955) can also be seen. Another fascinating Irish artist, Wilhelmina Geddes (1887-1955) also made her windows there, as did Rachel de Montmorency (1891-1961) and Theodora Salusbury (1875-1956) whose family have recently published an excellent publication mapping her work. Several artists worked in many different media. Lilian Pocock (1883 – 1974), for example, created the wonderful series of windows for the ‘Church of Christ the King’, Gordon Square while working as a painter and illustrator of children’s books.

Outside London, the City of Birmingham’s newly modernised School of Art had acquired a new ‘Stained Glass’ department in 1901. Staff member, Henry Payne (1867-1940) had been put in charge of its creation following a three-month study course with Christopher Whall at ‘Lowndes and Drury’. Once set up, the course attracted many interested students, including Margaret Rope’s cousin Margaret Agnes Rope (1882-1953) who became a Carmelite Nun in 1923. She created many fine windows in Catholic Churches in the Shrewsbury area including the entire stained-glass scheme for its Catholic Cathedral. Mary Newill (1860-1947) was another exceptionally gifted artist, joining Henry Payne on several domestic commissions. Another important Birmingham student was Florence Camm (1874-1960) who worked with her brothers in the family firm. It finally closed in 1967.

Besides creating stained glass windows, many of these artists were involved in the political and economic activities of their day. Mary Newill became a great friend of May Morris, working with her on several embroidery projects as well as designing and making stained glass windows in her Birmingham studio. At a rather more political level, Mary Lowndes not only ran ‘Lowndes and Drury’ and created her own stained-glass windows, she was also a keen Suffragette, Chairman of the Artist’s Suffrage League and a member of the London Society for Women’s Suffrage. She designed banners for the Pageant of Women’s Trades and Professions at the international Women’s Suffrage Alliance Congress held at the Albert Hall in 1909. In 1916 she was one of the organisers of the Women Welders Union and kept the Glass House going during the First World War with her own and other women’s designs for glass, retiring in the early 1920s.

Caroline Swash is the granddaughter of Arts and Crafts artist Henry Payne and is currently writing a book about him and his work. She was partially trained by her father the stained glass artist Edward Payne. She began making her own windows in 1965 and now combines commissions for stained glass with writing, painting and teaching. She was Hon Secretary of the British Society of Master Glass Painters from 1973 to 1981. Among her windows are those at St. Paul’s Church in Cleveland, Ohio and many in the UK including at Gloucester and Salisbury Cathedrals.