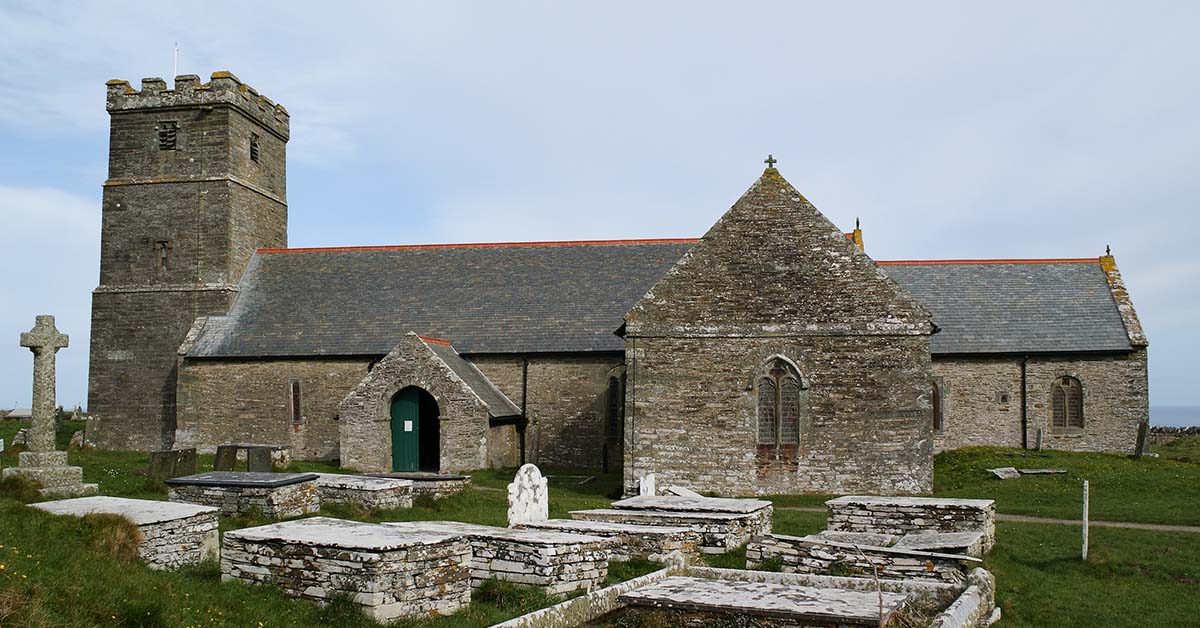 Art and Soul: The Soul of the Arts and Crafts Movement

As we examine the work of the artists, designers, and craft workers of the Arts and Crafts Movement, we find so much of their work was done for churches.

We began in London with visits to G.E. Street’s recently restored St. Mary Magdalene, Paddington, and J.D. Sedding’s masterpiece, Holy Trinity, Sloane Street. And then it was on to the Southwest of England.

We left London, heading westwards, making a stop at the small church of St Martin’s, Blackheath in Surrey to view a sequence of murals by artist Anna Lea Merritt, then traveled through Thomas Hardy’s Wessex, an area referring to the landscape created by the English author in many of his novels and poems. Visiting the churches at Stinsford, we saw many wonderful stained-glass windows, including one by Douglas Strachan commemorating Thomas Hardy and several windows by Harry Clarke and Mary Lowndes.

At Par in Cornwall, we visited Street’s first church, St. Mary the Virgin, and examined much of Sedding’s early works, most particularly in several small villages in Devon and Cornwall.

Among the beauty of the glorious coastal landscape through which we drove, is the ruined Tintagel Castle and ’the best small Norman church in Cornwall’ also known as the church of St. Materiana. In Dorchester, we visited St. Mary’s, the County Museum, and the Cemetery Chapel.

We visited E.S. Prior’s Holy Trinity, Bothenhampton, and passed by the Belmont House in Lyme Regis made famous in the film ’The French Lieutenant’s Woman,’ then moved on to the cathedral city of Exeter, in Devonshire. We progressed through the deeply valleyed landscape to see and stay in the market town of Chagford, and examined Chagford’s St. Michael the Archangel’s Church, home to works by J.L. Pearson and Walter Sickert.

We had so many more places on this tour which included Truro Cathedral in Cornwall, Ermington, Holberton, St. Winnow, and the village of Veryan. We had an amazing time basking in the magnificence of exceptional works that compose the art and soul of the Movement.