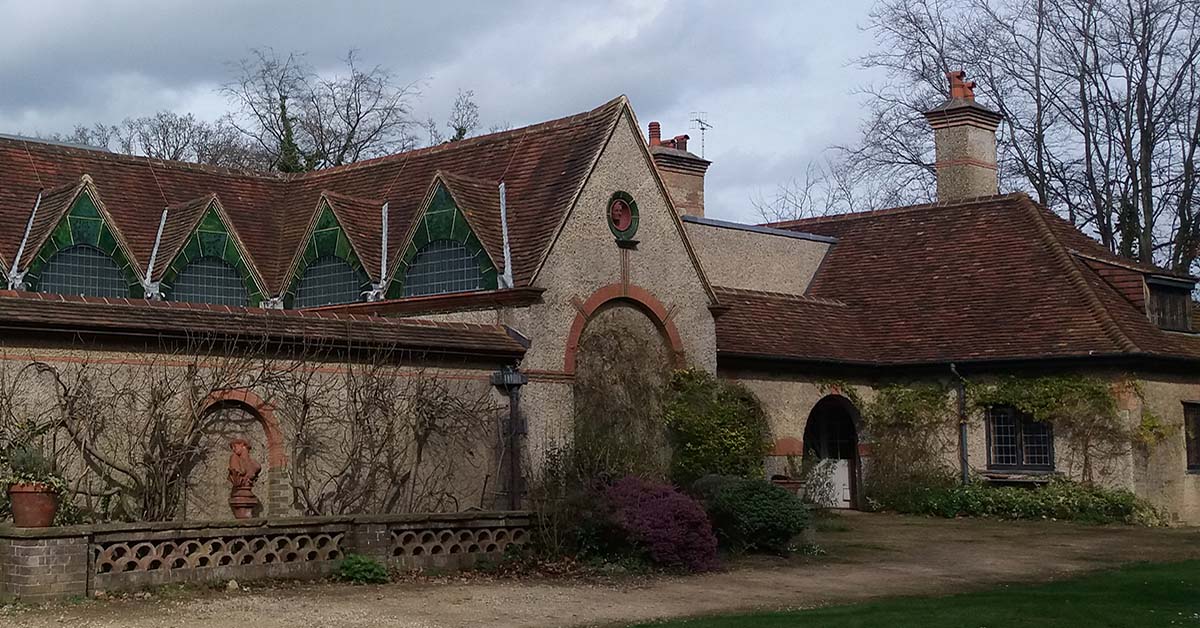 William Morris And Friends In The Cotswolds

We will visit several of the colleges that were significant to Morris – Exeter when he went to school, Manchester which has the largest set of Morris & Company windows in Oxford, and St Michael’s where he and Jane were married.

And then it is three nights in a most glorious and luxurious and comfortable country house hotel nestled into the Cotswold Hills. From here we have days of touring. First we will go to Kelmscott Manor for it is here that he moved in 1879, at least for some of the year, from London. In the village in addition to the Manor there are two cottages designed by Philip Webb, who also designed the headstone at St George’s church where William and Jane and their daughters are buried. In the picture below can be seen the carving by George Jack of Morris outside the Manor.

Although Burne-Jones never actually lived in the Cotswolds, he often stayed with Morris at Kelmscott Manor. While he was there he was invited by Lord Farringdon to come to his nearby Buscot Park and supervise the hanging of four paintings Lord Farringdon had bought of the Sleeping Beauty Suite. Burne-Jones did, as seen below, and painted between the paintings’ panels so it is one continuous story as we shall see when we visit and are taken around by the curator.
We will also visit the lovely, Thames-side church St Mary the Virgin where Lord Farringdon again commissioned Burne-Jones to design the “Good Shepherd” East Window.
Morris’s first major stained glass commission was for the windows at All Saints Church in the village of Selsley. The church designed by G.E.Street is approached from above and has views over the entire valley.

Just on the other side of the hill is Owlpen Manor one of the most romantic early manor houses, immortalized by F.L. Griggs as seen in the etching below. In the 19th century it was bought by Norman Jewson and is now the home of Sir Nicholas and Lady Mander who are our hosts. After our tour of the house and grounds, which have some wonderful Cotswold Arts and Crafts furniture and furnishings, they have invited us to lunch.

The following day we look at the work of Ernest Gimson and Ernest and Sidney Barnsley in two of the most lovely villages – Rodmarton and Sapperton. Sapperton is the village most connected with three Arts and Crafts architects and designers – Ernest Gimson, and Ernest and Sidney Barnsley who moved to the area in 1893. They lived and worked at nearby Pinbury. In Sapperton they built the Village Hall on the site of a former wheelwright’s yard. Norman Jewson who was a resident of the village, also worked with them. As Ernest Barnsley was then working on Rodmarton Manor it is probable that the same workmen were employed at the Village Hall.

We will visit the Village Hall and Lower Dorval just below the church of St Kenelm, a short walk away, where Sidney and Ernest Barnsley are buried. There has been a church on the site since as early as 1090 though most of it is 13th and 14th century. Inside we’ll see a wealth of Jacobean paneling which may well have influenced the three architects.

In 1909 the Hon Claud Biddulph, a London banker, asked Ernest Barnsley to design a new country house for him, Rodmarton Manor. It was fully furnished throughout with furniture designed by Ernest and his brother Sidney. Over a twenty-year period, the large manor house, really a series of cottages strung together, was built by traditional methods, using local materials and workmen. Every detail in the house, from the stonework to the lead drain headers to the furnishings were made by local craftsmen. Claud Biddulph, who was in no hurry to see Rodmarton built, set aside £5,000 per year for costs. 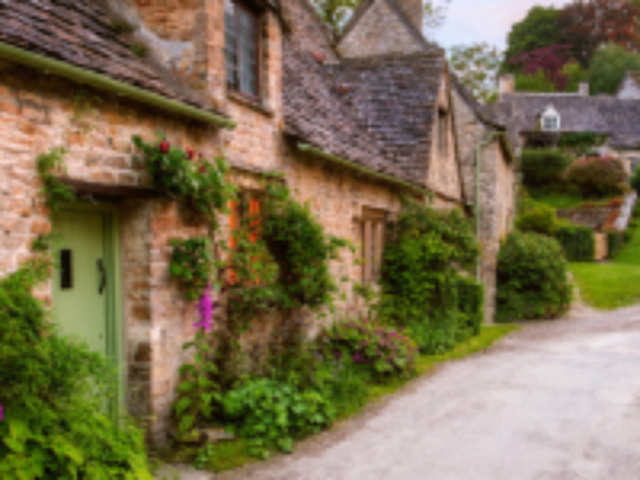