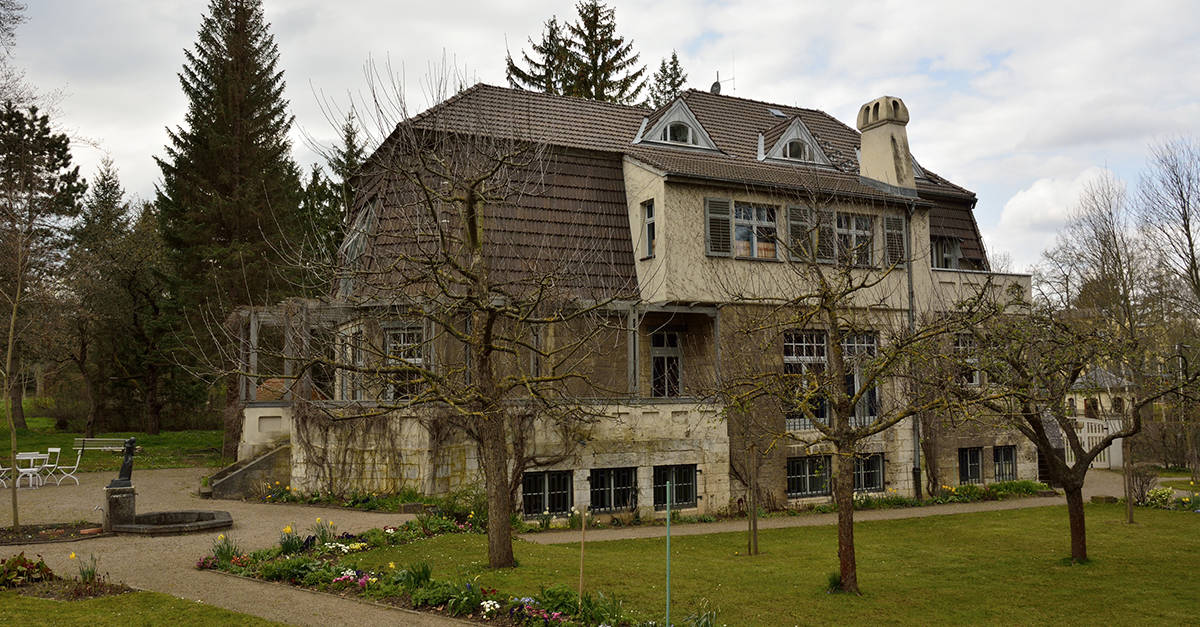 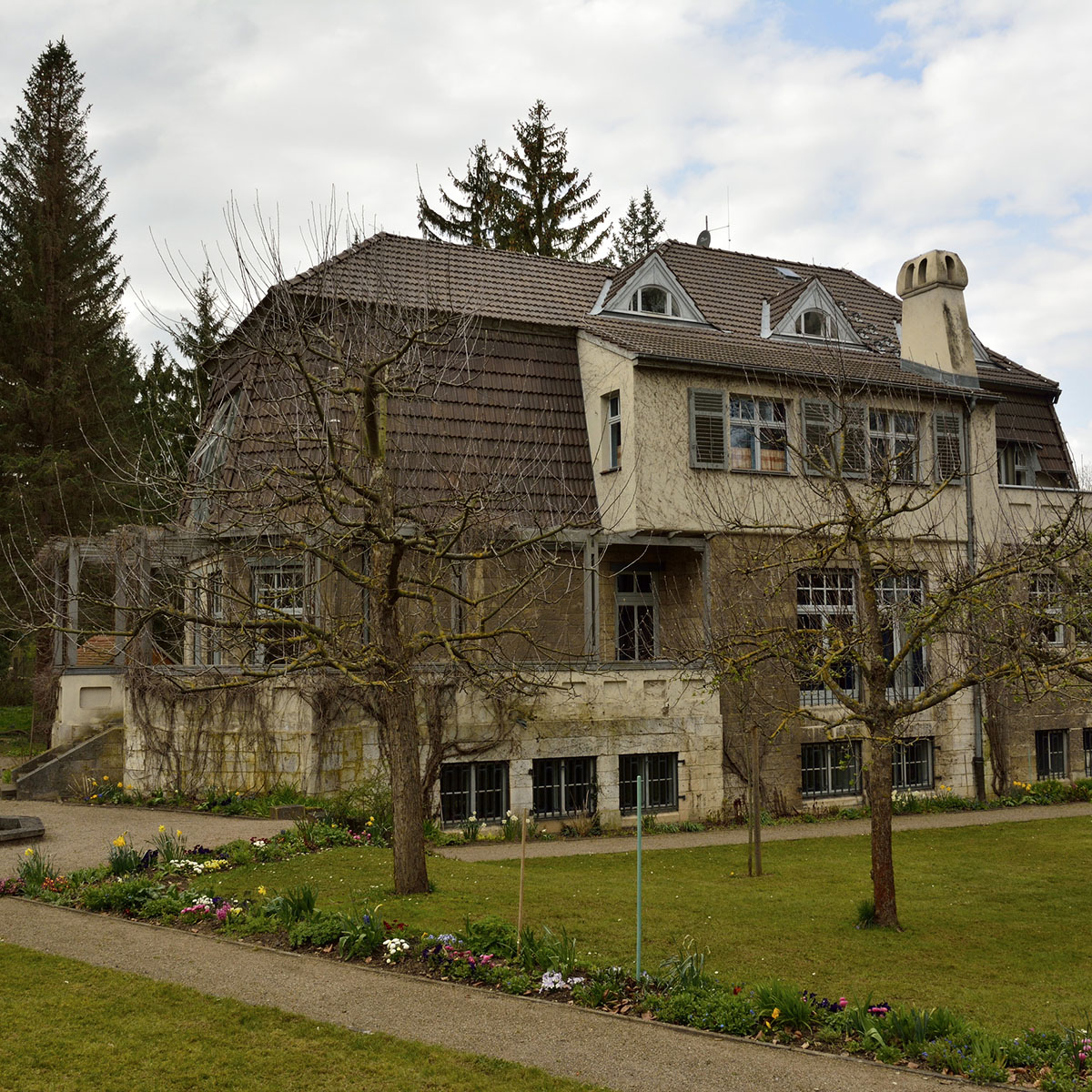 So absorbing was the National Trust’s acquisition and opening to visitors of Ernest Gimson’s fabulous Stoneywell Cottage, I risked becoming overly Anglocentric – at least in an art history sense.  After all, I reminded myself, the Arts & Crafts was a British movement, and the writings of those Victorian gents John Ruskin and William Morris were railing against the awful things going on over here in what was the world’s first industrialised nation.

Years before I’d been to Stoneywell, though, I’d been delighted by the Art Nouveau theatricality of architect Victor Horta’s own house and studio in Brussels – with its “biomorphic whiplash” decoration – even if I’d left somehow feeling I’d eaten an entire box of Belgian chocolates.  But sadly, I’d been too busy to visit his compatriot Henry van de Velde’s house, Bloemenwerf, out in the suburbs.  Built in 1895, it’s the first of his two houses for his wife and family, and bears at least a passing resemblance to Morris’s Red House of 35 years before.

Architect and designer, van de Velde was Gimson’s contemporary, and – like him – a follower of Ruskin and Morris.  Initially he’d been a painter, and remained a member of an outward-looking Belgian group of modern artists known as Les Vingt, and drew heavily on Morris’s work when setting up an art course in Antwerp, on which his wife, Maria, also worked.  She corresponded with Morris and visited his Hammersmith workshops, as well as sourcing Voysey wallpapers and going to William de Morgan’s Sands End Pottery.

Arts & Crafts expertise was soon in demand in Germany, too.  Queen Victoria’s grandson, the Grand Duke of Hesse, commissioned M. H. Baillie Scott to design the interiors of his palace in Darmstadt, and an artists’ colony was even quickly established on a hill above the city.  But all the work was still too Art Nouveau and curvilinear for van de Velde, who increasingly wanted to promote a more Gimson-like honesty in how materials were used.  His chance came soon when, in 1902, another Grand Duke invited him to establish an Applied Arts School in the highly cultured central German city of Weimar.

Here he designed, in addition to the amazing Applied Arts School and the Art School buildings, his second family house, Hohe Pappeln, or High Poplars: a home that was in every part his own work of art – or Gesamtkunstwerk as such is known – down to the last of its furniture and fittings.

Now in the care of Klassik Stiftung Weimar, its curator showed me round on a winter’s evening: the sort of night when the van de Velde family might have withdrawn to the cosiness of the small, central Living Hall – once furnished with red sofas, triangular table and Maria’s grand piano.

This room is the house’s nucleus and the other reception rooms – study, dining room and salon, and the staircase – radiate from it.  Van de Velde considered his house an organism and that the spatial layout must be utterly functional, but also that every detail be in harmony – hence its being a total work of art.  Such internal emphasis did, however, inevitably leave the external limestone and painted render elevations notably asymmetrical.

A friend of the architect described the house as looking from the outside: small, solid and organic, like a plant growing out of the soil, and with its many angles it certainly does have something of the picturesque.  But there’s significance in this, too, as Henry and Maria van de Velde were passionate about being outside and in their garden.  Indeed, the garden formed part of van de Velde’s design concept, with each façade given a differently styled area externally: a decorative garden with fruit trees to the street, a more open sitting area with fountain to the south, and kitchen gardens with greenhouse outside the service rooms.

A museum since 2003 and now regularly open to visitors, Hohe Pappeln is on the road heading south out of Weimar, where it faces the park of the summer residence of van de Velde’s patron, the Grand Duke. Maybe more rural seeming in their time, it would have felt a long walk to the city centre when, as an enemy alien during World War 1, the pacifist van de Velde had to report thrice daily to the town hall.

But then, with his contract at the Applied Arts School not renewed by the Grand Duke, architectural commissions unforthcoming and his life in Germany becoming intolerable, he had begun spending time in Switzerland where he lectured, as he described it:

on the theme of John Ruskin, William Morris and myself as their legitimate successor.

On one trip, he came across and bought a deserted house on the shore of Lake Constance, to which he moved his family at the end of 1918; and thus he came to sell his total work of art, Hohe Pappeln, just ten years after it was built.

It’s our hope on future tours to be able to visit Victor Horta’s House, Bloemenwerf and Hohe Pappeln, and maybe include a tour, too, of Weimar’s celebrated new Bauhaus Museum.