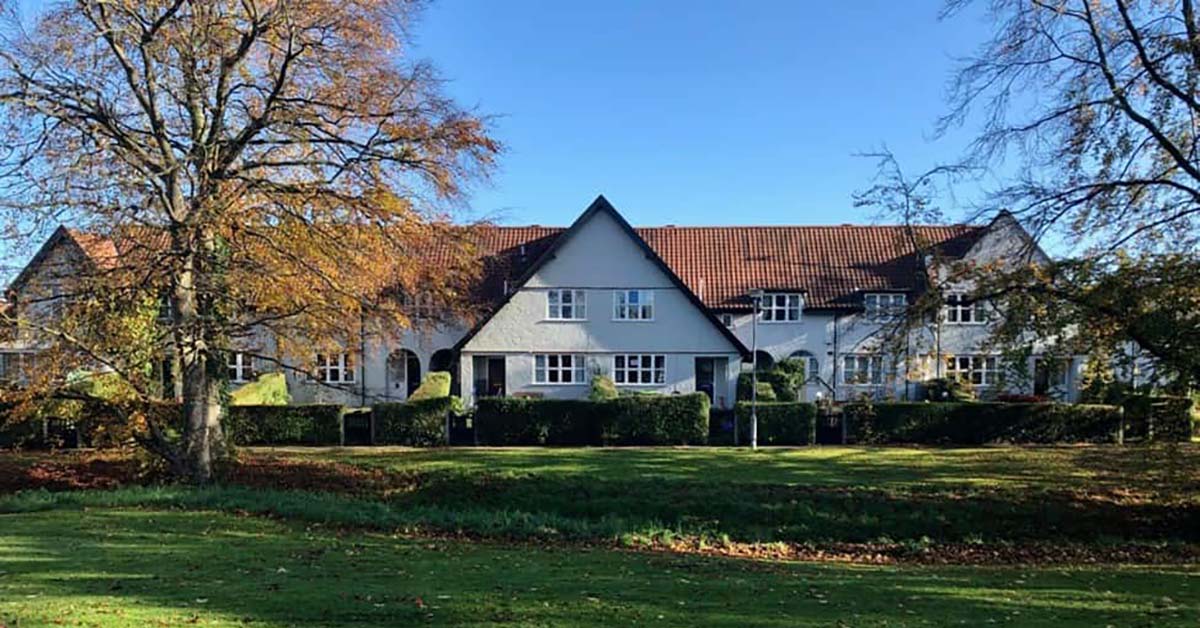 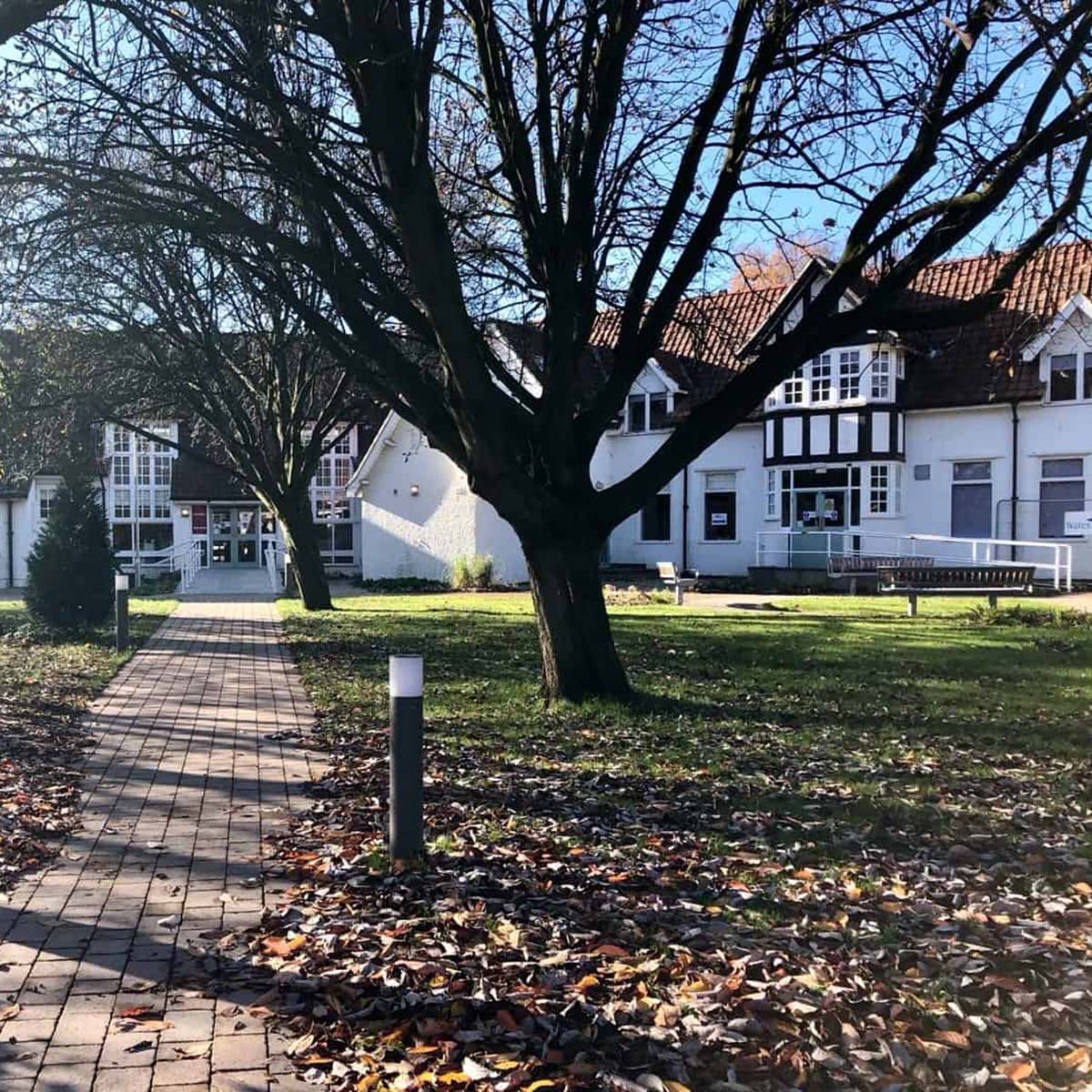 Located on the outskirts of York, New Earswick was founded in 1902 by the Quaker chocolate manufacturer and philanthropist Joseph Rowntree. The garden village was partly a response to the poor conditions of the city, which had been exposed by Rowntree’s son Benjamin Seebohm Rowntree in his groundbreaking Poverty study. The founder’s vision was a prosperous, self-governing community in which everyone could aspire to a better life.

In order to make the fullest contribution, housing was not limited to Rowntree’s own employees but was open to all members of the working classes. Houses were to be let at affordable rents but which would still generate a limited return. This allowed Rowntree to demonstrate that his garden village was a model that could be replicated elsewhere. From 1904 onwards, the village was managed by a trust set up by the founder, which continues to this day as the Joseph Rowntree Housing Trust.

Nestled next to the River Foss two miles north of York, the village plan took full advantage of its once rural location with gently curving streets that follow the course of the river. The first plan was laid out by the architects Barry Parker and Raymond Unwin, who later went on to design Letchworth Garden City among many other garden city-inspired schemes. Like Letchworth, New Earswick offered low-density building, limited to ten houses per acre, with ample green space and soft landscaping. Many of the streets were named for the trees planted throughout the village: Chestnut Grove, Rowan Place and Lime Tree Avenue.

Its more interesting design features include quadrangles (rectangular clusters of houses, often around a communal lawn), multiple recreation grounds and the early use of cul-de-sacs. Social facilities were also provided through the Folk Hall, the open-air primary school and a handful of shops. These features all contributed to the independent community spirit that Rowntree sought.

The earliest houses at New Earswick were in a simplified Arts and Crafts style, complete with gables and dormers to break up the high-pitched rooflines and add to what the architects described as a pleasant street picture. Externally, the houses were designed in around 50 different configurations. These became more standardised over time but the plan for each was optimised for sunlight and ventilation. This included the pioneering use of the through-living room, which allowed the main room of north-facing homes to be lit from both ends.

Parker and Unwin were unafraid to experiment in housing design and initially avoided ’superstitions’ like distinguishing between the front and back of the house. As modern-minded architects, they also saw the traditional parlour as a wasted space. Their designs did not go without criticism by residents, who repeatedly demanded that parlours be included. But these were minor issues and the houses were generally regarded with pride.

After World War I, the village made use of government subsidies under the 1919 and later Housing Acts. Then under the direction of Barry Parker, the architectural style shifted away from Arts and Crafts and towards a Neo-Georgian form that had become popular in suburban estates. These later designs featured hipped roofs and omitted many of the ornamental features that characterised the early part of the village, partly to minimise building costs. The years after World War II marked a partial return to the earlier styles of housing, leaving three historically distinct areas in the landscape.

Historically, the village was socially mixed, though the trustees initially struggled to build houses at a cost affordable to the poorest sections of the working classes. Despite the principle of no preference being given to Rowntree workers, as the nearby cocoa works began to expand, it sometimes became necessary to reserve houses for them. As a result, around a third of houses were occupied by at least one Rowntree worker by the 1930s. What had started as a social experiment to solve poverty at times became an exercise in practical housebuilding. However, because of how gradually the village was built, it was able to adapt to the changing housing needs of its residents.

Today, the village is a designated conservation area and almost all of its pre-war houses are Grade II listed. This reflects the role that the architects’ designs would later have on the first mass council housing after World War I, through Unwin’s role as a government advisor. However, it remains a significant community in its own right, long after its lessons in architecture and planning were realised at Letchworth. New Earswick continues to evolve today under the trust’s stewardship, adapting to suit the changing needs of the community with improved accommodation for older people and the introduction of eco-homes.

Callum Reilly is an archaeologist and WRoCAH doctoral researcher at the University of York, specialising in the modern world. His research project ‘Landscapes of Reform’ investigates the relationship between social improvement, housing and the landscape in two planned working-class settlements in Yorkshire: the garden village of New Earswick, near York and Woodlands model mining village, near Doncaster.