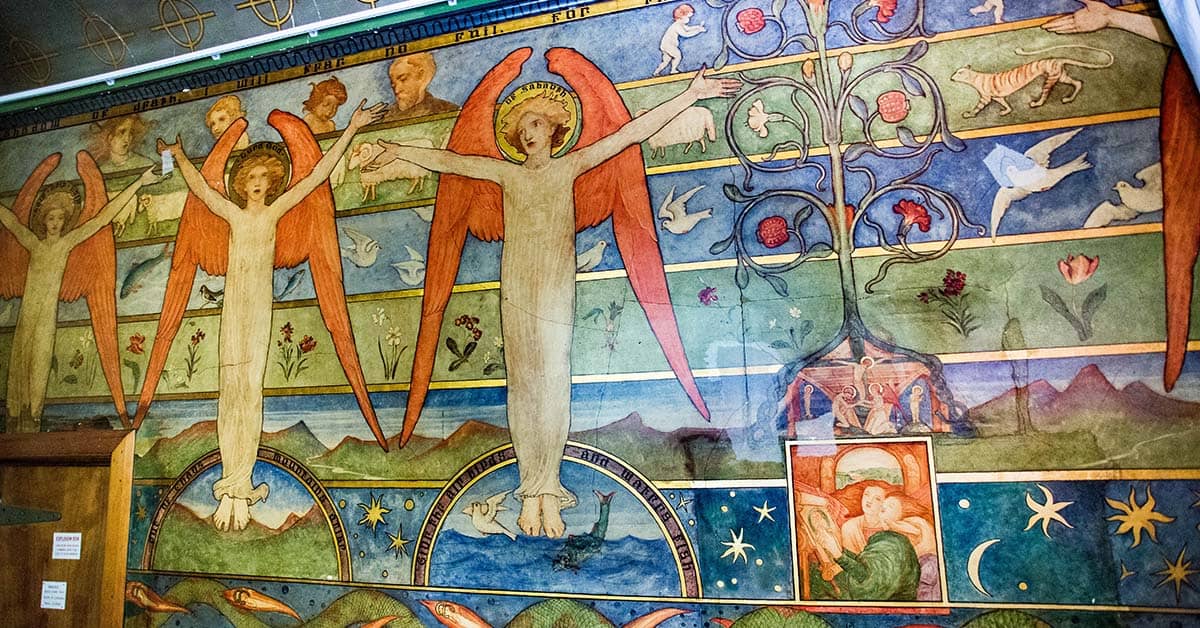 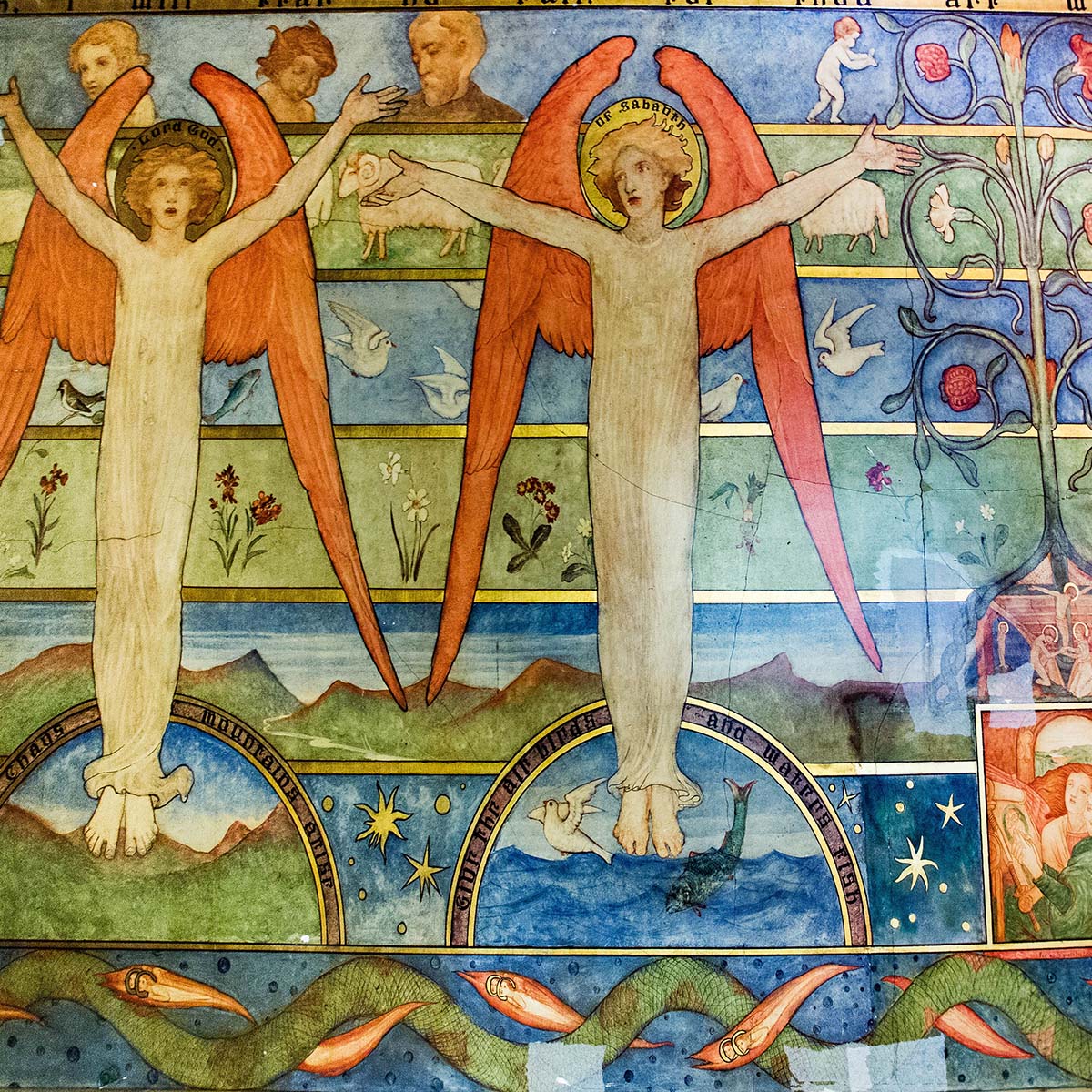 In January 2021, a second application for Listed Building Consent relating to the A-listed mortuary chapel building at the Royal Hospital for Sick Children, in Edinburgh, was submitted. This tiny, purpose-built chapel contains the first of five, highly significant sets of murals by the versatile Arts and Crafts artist Phoebe Anna Traquair (1852-1936). The National Galleries of Scotland and other Scottish cultural bodies have been following the discussions around the future of this important painted chapel, which is part of a city-centre site being redeveloped for residential use.

Traquair’s Mortuary Chapel murals are highly significant and must be saved for future generations. Born in Ireland, Traquair became a leading figure in the Scottish Arts and Crafts movement at the end of the nineteenth century and was elected an Honorary Member of the Royal Scottish Academy in 1920. Renewed awareness of the art-historical importance of this trailblazing Victorian artist has been rising steadily since the 1980s. It has been given added impetus by the increasingly lively public engagement with the work of professional women artists in late nineteenth- and early twentieth-century Scotland, as evidenced by the keen interest in her work at a recent auction.

Traquair’s decorated chapel of rest at the Royal Hospital for Sick Children was her first major project. It signals her courageous and sensitive approach to difficult subject matter and the wide scope of her ambition, paving the way for two future mural cycles of increasing scale and complexity, both also in Edinburgh: the Song School of St Mary’s Episcopal Cathedral and the Catholic Apostolic Church. The Mortuary Chapel murals also enabled Traquair to develop an important theme, the journey of the spirit through life and beyond. This serious concern, which reflected an international interest in symbolist ideas, was to recur repeatedly in Traquair’s work and can be seen especially in The Progress of a Soul (1893-1902), in the collection of the National Galleries Scotland.

As well as being Traquair’s first major public commission – one which she herself fought to protect when the original children’s hospital was demolished, and the new site opened in 1895 – this mural cycle was also the first prominent achievement of the Edinburgh Social Union. Formed by a committed group of academics, artists, spiritual leaders and philanthropists, including the charismatic urban planner and sociologist Patrick Geddes, the Edinburgh Social Union aimed to transform the lives of the city’s working people by surrounding them with beautiful art. Traquair’s mortuary chapel murals are the sole surviving example of more than twenty decorative schemes orchestrated by this group across Edinburgh in the late 1800s.

As stewards of an important bequest by Traquair, including a section of the original mortuary chapel murals not transferred to their current site in 1895, as well as of a large mural scheme by William Hole at the Scottish National Portrait Gallery (which Traquair was originally approached to paint), we understand the duty of care associated with such vulnerable national assets. Reflecting the significance of the mortuary chapel project, as well as of Traquair’s important contribution to the history of Scottish art, we will be exhibiting items relating to the children’s hospital scheme, in our new galleries at the Scottish National Gallery, scheduled to open in late 2022.